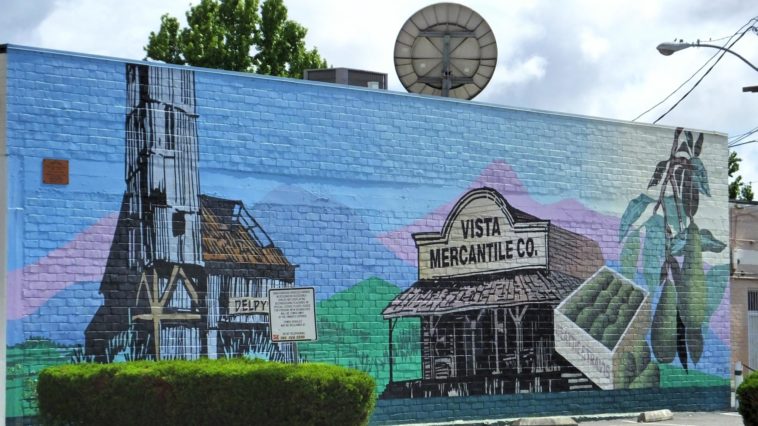 Vista area was originally inhabited by the Luiseño Indians, who lived on the land until the founding of the San Luis Rey Mission in 1798. The prosperity of the mission-era declined by the 1830s with the independence of Mexico from Spain. The Mexican government began to grant land ownerships to a variety of people, thus beginning the Rancho era of California. Three ranchos were granted in the Vista area: Rancho Guajome, Rancho Buena Vista, and Agua Hedionda Y los Manos.

I grew up in a house that was almost as old as these. Made by the same builder at the time. The house is a 100 year old adobe.

In the 1850’s the ranchos began to fade due to changing political conditions and the scarcity of water. The picture below shows some of the early settlers. 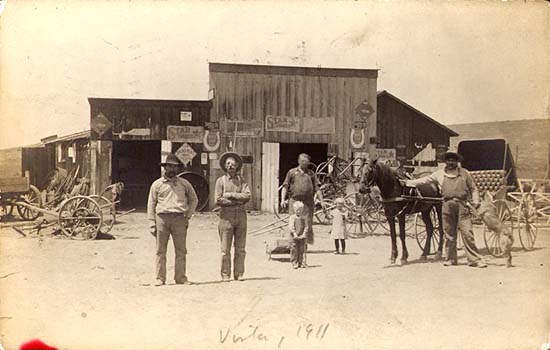 Here is a paragraph about the history found in the link above.

A growing number of settlers came to the area after California became a state in 1850 and began to create smaller agricultural holdings. One settler in the Vista area, John Frazier, applied to open the first post office and after several attempts to name the city (“Frazier’s Crossing” and “Buena Vista” were already taken), Frazier finally chose the name “Vista”. With the opening of the first post office in 1882, Vista had officially arrived.

Today, we have a lot of murals that depict the history and some just fun ones. (Below) An old firetruck painted in sepia tones.

Let’s take a walk and check some of these out a little closer.

The old Sexsmith’s Market. Notice the people in the doorway?

In front of the market a street parade is going on. Notice the little girl and father with her new balloon.

Here is a closer look at that doorway and the people inside. They are actually painted on the door.

The one below shows a sign that reads, “Vista, Climatic Wonderland”. It was a wonderful area for crops, and still is. Everything on this whole block is painted onto regular stucco buildings.

Avocados were the number one crop here. Here is the old Mercantile Company.

With this funny King Salad mural.

And this clerk and customer.

Then this one showing a clothing store and bakery.

and more of the whole block.

There are so many murals, I will make another post. Look for Vista’s Murals.