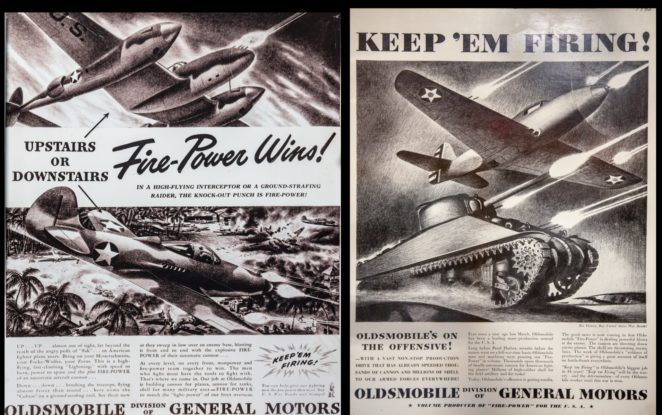 During World War II, the Lansing Michigan Plant was converted to wartime mode and named the Gun Plant Division. They produced parts and huge volumes of guns for the War effort. These Posters were put out by Oldsmobile (then part of General Motors). They were in an effort to get people to buy war bonds in support. All at the REO Olds Transportation Museum in Lansing, Michigan.