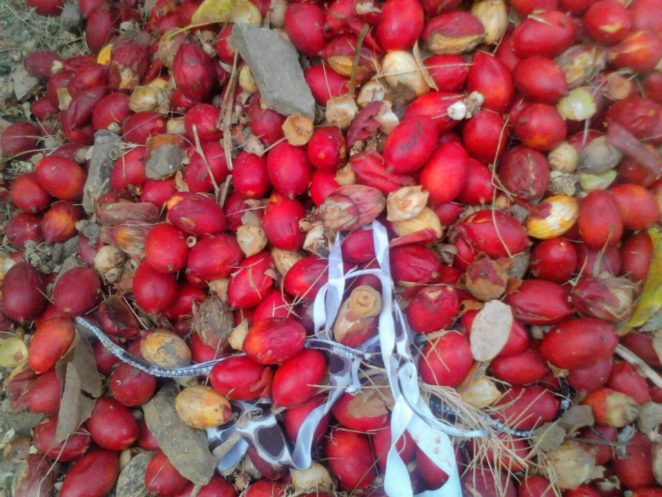 I am very happy to have the opportunity to share with the community of Virily a series of photographs entitled Texture and Color. This, the first of the series, portrays the fruits of a kind of palm tree typical of tropical places, say it is originally from the Philippine Islands, so it is also called “Palm of Manila”. Other names with which the Dwarf Chaguaramo (Chaguaramo Enano) palm tree is known are Palma de Navidad, Kerpis and Chaguaramito. In honor of the botanist Elmer Drew Merrill, he has been given the epithet Merrillii. And in reference to the bright red color of its fruits, Adonis, a character from Greek mythology, is called Adonidia. The fruits of the photograph that I show here dripped from the plants that are in front of my house, are in the ground mixed with pebbles, dried leaves, twigs and pieces of cloth, after the morning sweep.

Note: I publish this photograph in the Art category because what I want to emphasize is the plastic, artistic aspect of the image, the combination of texture and color