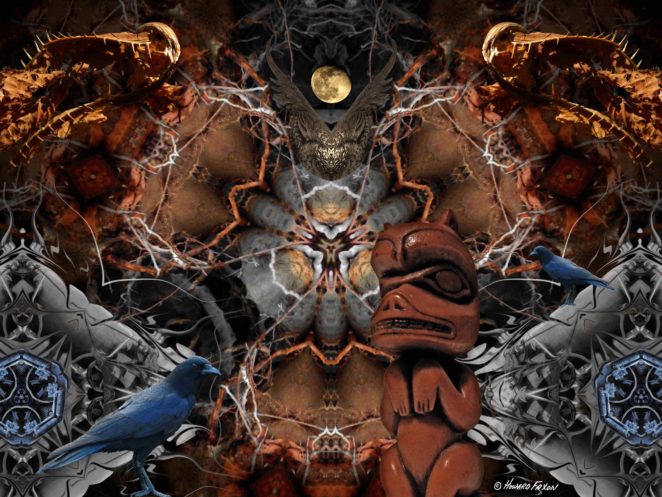 Raven moon is a loose mythic idea. The works all have ravens, which are really pictures of crows, and moons in them. I have a lot of pictures of the moon and lot’s of pictures of crows. The ravens in these works are the tricksters, the watchers, the carriers of messages between worlds, … those kind of ravens.  I am tying out different color schemes and environments around this very broad and undefined idea.

Here is one of the ‘Raven Moon Series’ that has an additional element representing the Pacific Northwest where I live. More of this series will show up here regularly.