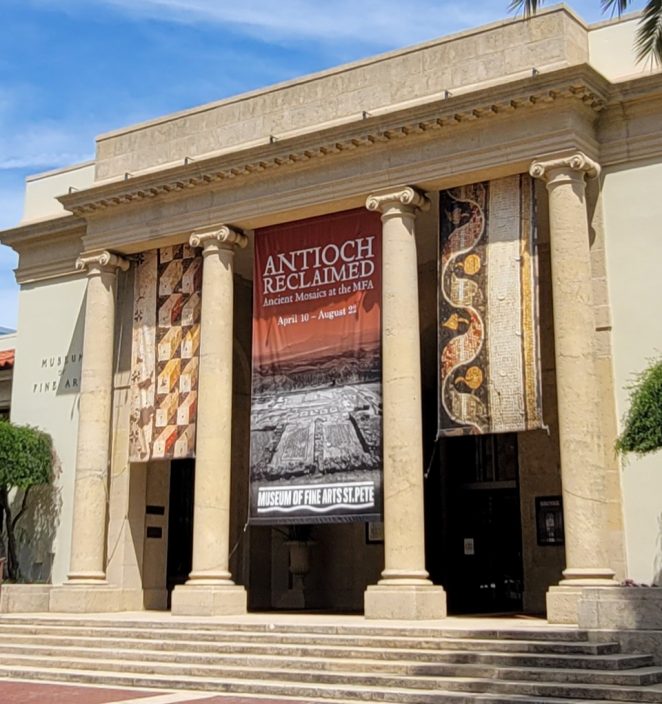 The newest large exhibit at the St Pete Museum of Fine Arts in Saint Petersburg, Florida was “Antioch Reclaimed”. Antioch was a city on the Eastern Mediterranean that was started by a general of Alexander the Great in 300 BC. It was situated at the end (or beginning) of the Silk Road so most traders going West to the Mediterranean went through Antioch. It thrived and became the capital of Roman Syria in 64 AD. The Museum of Fine Arts partnered with Princeton University in the 1930s to excavate and do archeological digs at the city of Antioch.