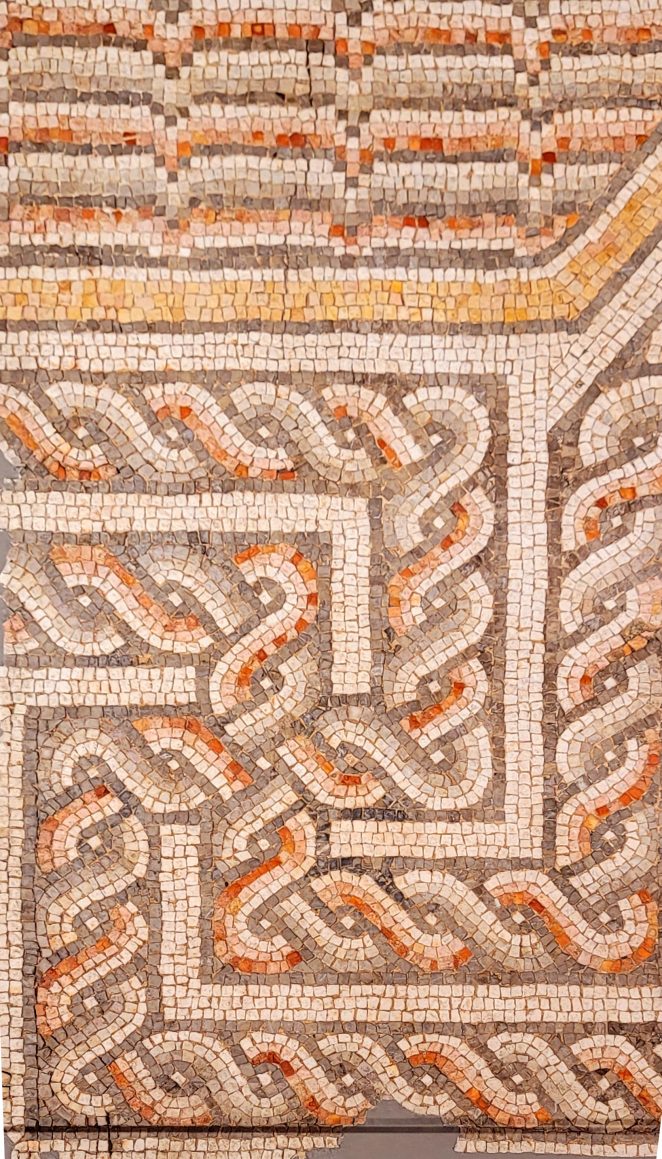 We are back at the new exhibit “Antioch Reclaimed” at the St Pete Museum of Fine Arts in Saint Petersburg, Florida. This exhibit has the history of many mosiacs and lots of large examples from the study done with Princeton and the MFA in the 1930s. Antioch was a city founded in 300 BC by one of Alexander the Great’s generals on the Eastern Mediterranean about 1 mile inland at the beginning of the Silk Road. This made it an ideal trade spot and it became the capital of Roman Syria in 64 BC and became an early Christian city.