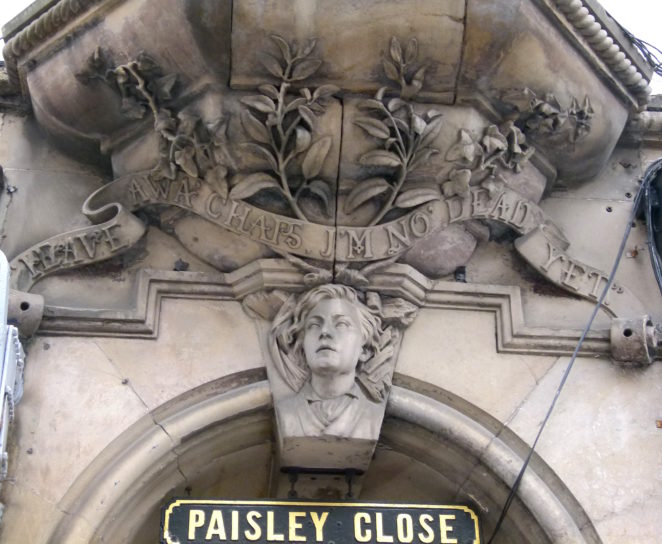 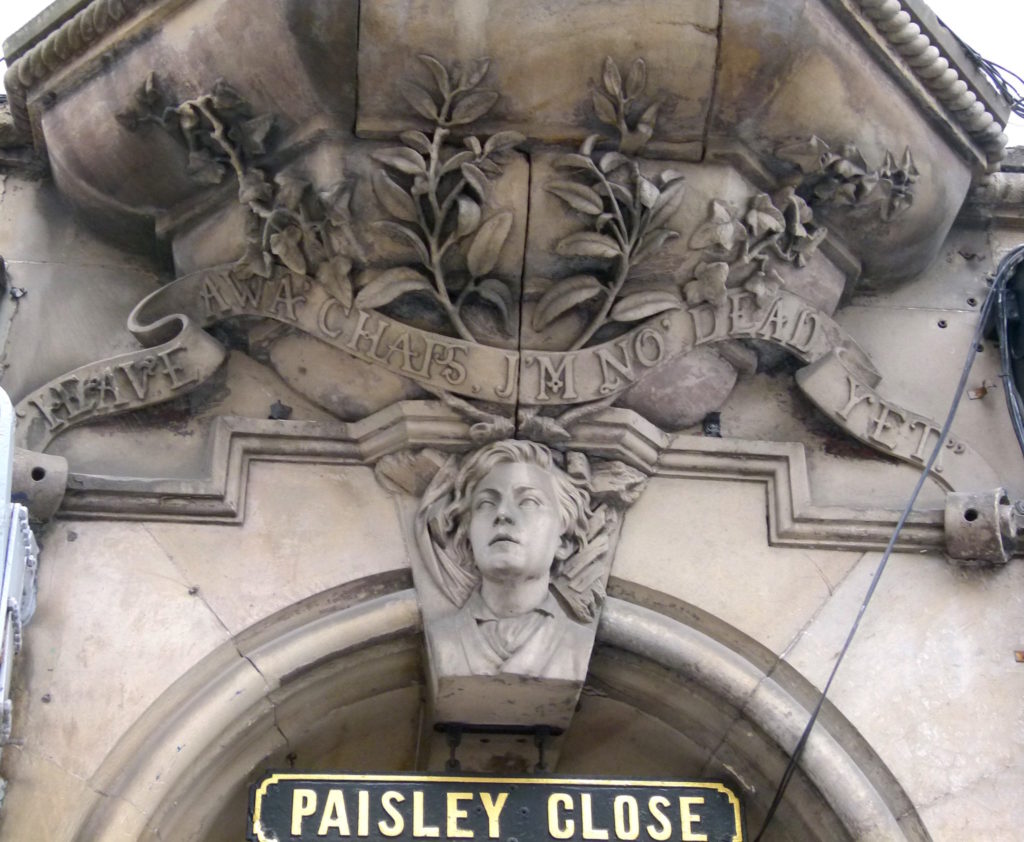 Walking past a “close” (the Scottish name for a tiny alley, often with a gate which would be closed at night), I noticed an interesting sculpture atop Paisley Close in Edinburgh, Scotland.

It’s a young man’s bust with rocks and splintered wood behind it.

Arriving in Edinburgh in preparation for my Grand Circle Cruise Line voyage aboard the M/V Corinthian, I took a bus and walking tour of the city and heard the Paisley Close story.

The Close incident was a tragic one but it did have one happy ending and did bring about a very important change.

The sculpture at  Paisley Close commemorates a young survivor of a tragic collapse of an adjacent 250-year-old tenement on Nov. 24, 1861. Thirty-five people lost their lives and a boy named Joseph McIver almost did, too.

Buried in the rubble, the boy heard firemen approaching to clear the debris thinking no survivors were left.

Firemen dug down and pulled the boy to safety. The bust and inscription recall that miraculous recovery.

The tragedy and the overcrowding of the tenement – which was prevalent in that era – resulted in the creation for the first time of a Medical Officer of Health in Edinburgh. 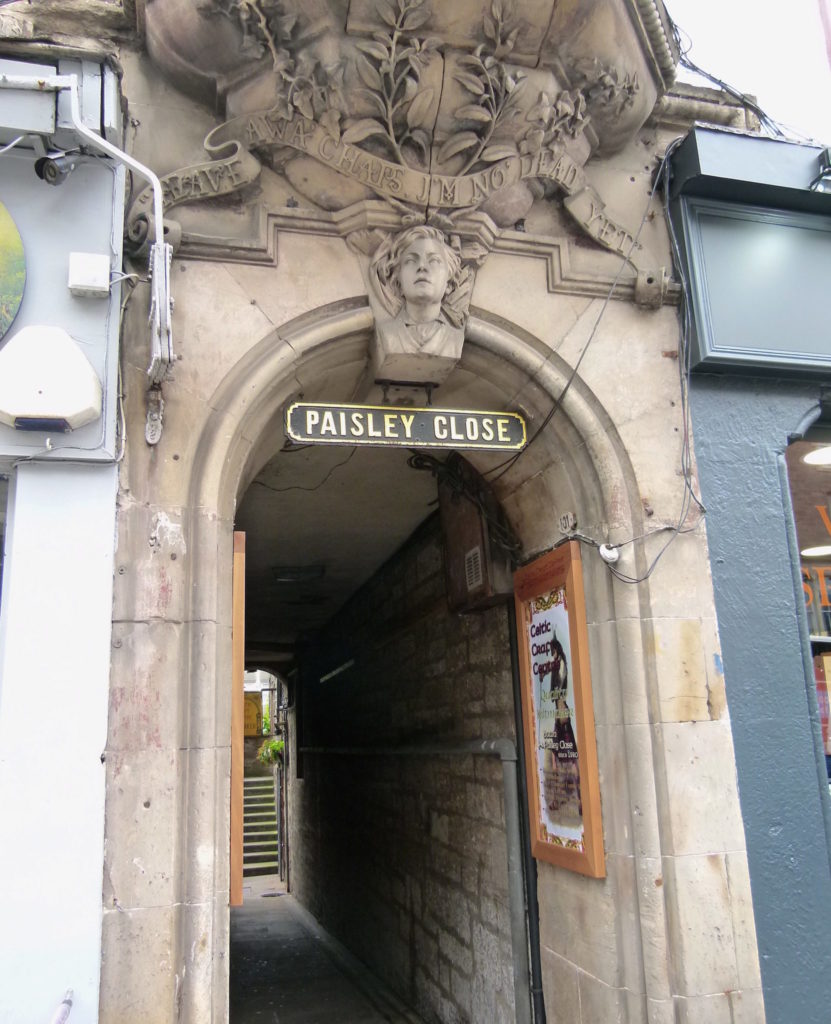