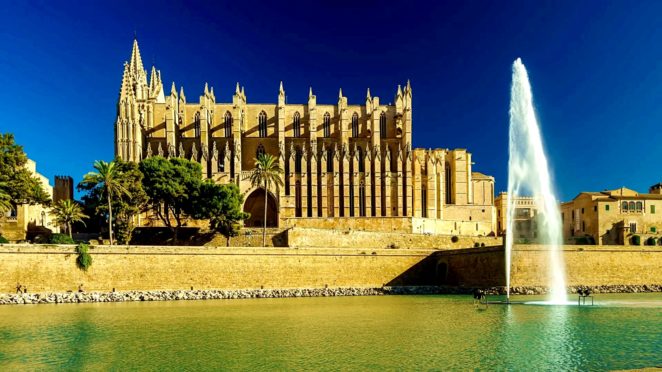 So, Palma. Or, it would be more correct to say Palma de Mallorca. This is the capital of the Spanish island of Mallorca, which is part of the Balearic Islands. It seems, like the whole of Spain, for several centuries, the island was dominated by Arabs, who influenced the local culture and architecture. 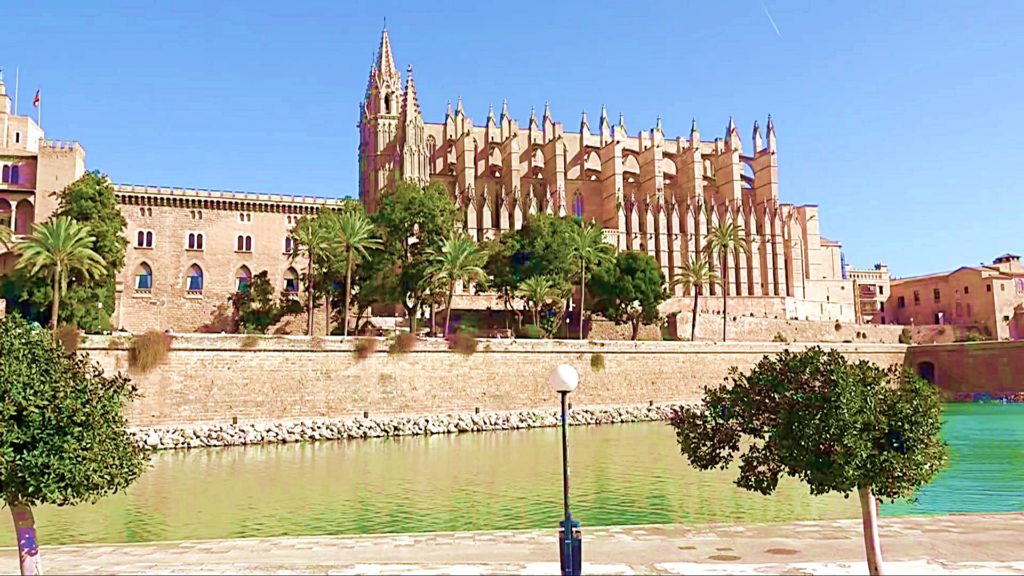 In Palma, you can walk a lot around teh city, swam, and sunbath because there are nice beaches and some local attractions. It is a really joyful and sunny corner of our planet. Our acquaintance with Palma, we still started from historical sights, that we simply could not pass. And the legs themselves carried us to the Cathedral. 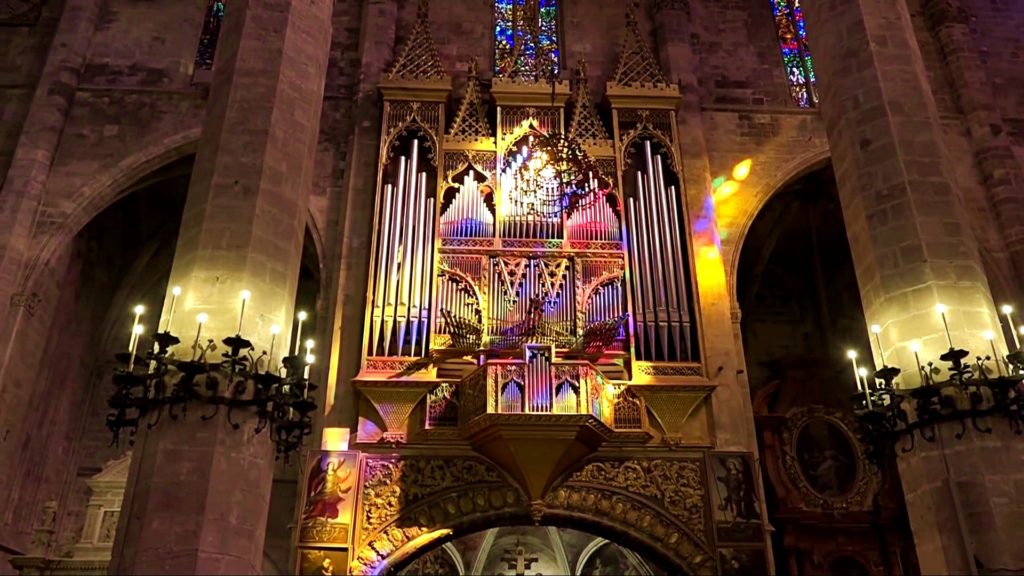 The Cathedral of Saint Mary is the most significant temple in the Balearic Islands. Once there was a mosque built under the Arab rule. But the Moors were expelled, the mosque was destroyed, and in its place in 1230, King Jaime I ordered the construction of a Christian cathedral. 70 years later, in 1300, the first stones were laid – construction began. 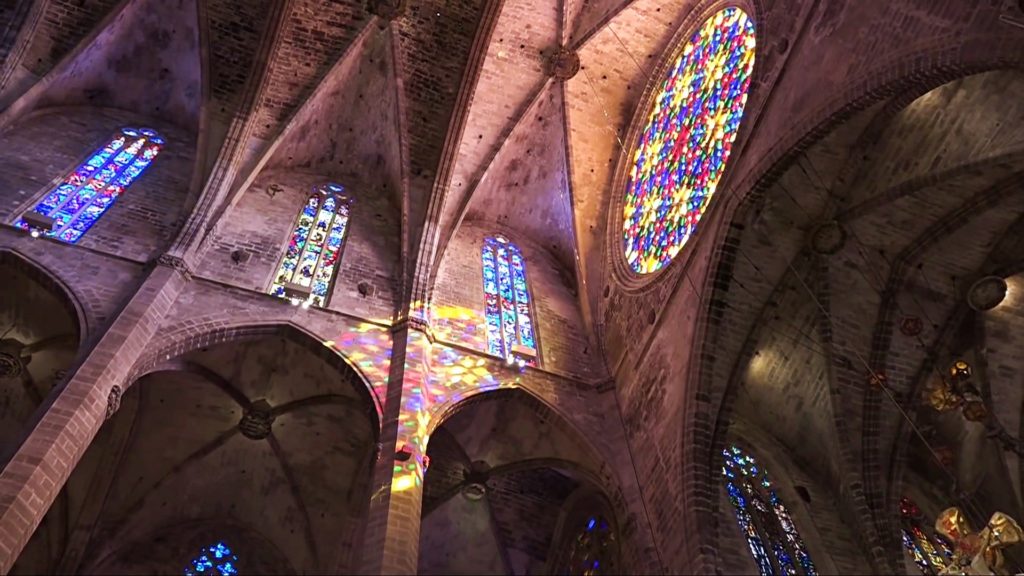 They built the temple, as almost all the finest examples of Spanish architecture, for several centuries. Even Antonio Gaudi added his hand to creation, the architect without whose creatures it is simply impossible to imagine Barcelona. 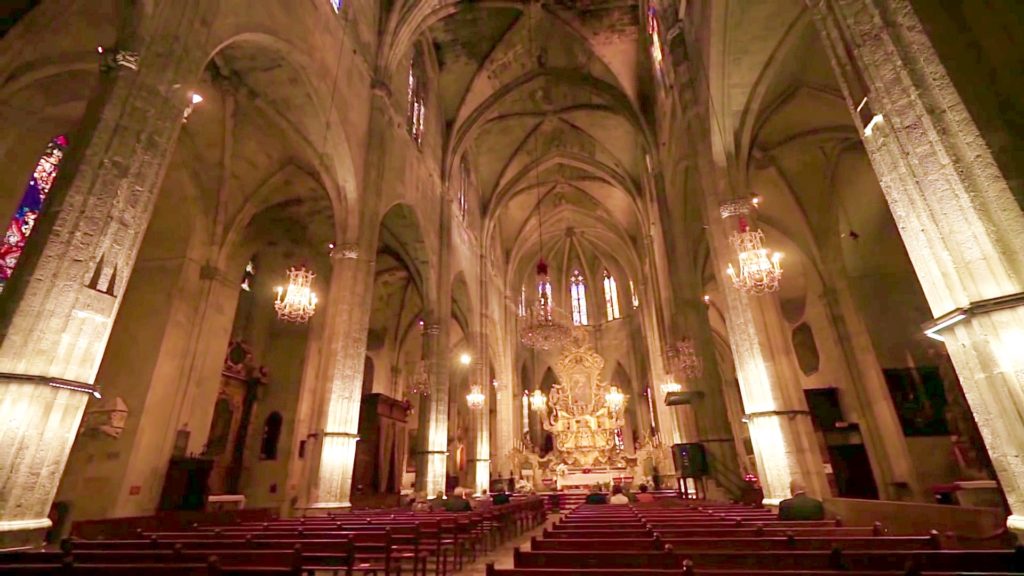 Palma Cathedral de Mallorca is a magnificent example of Gothic architecture, with its graceful towers, rushing up. The temple is decorated with figures of saints, the architects paid special attention to the main entrance. 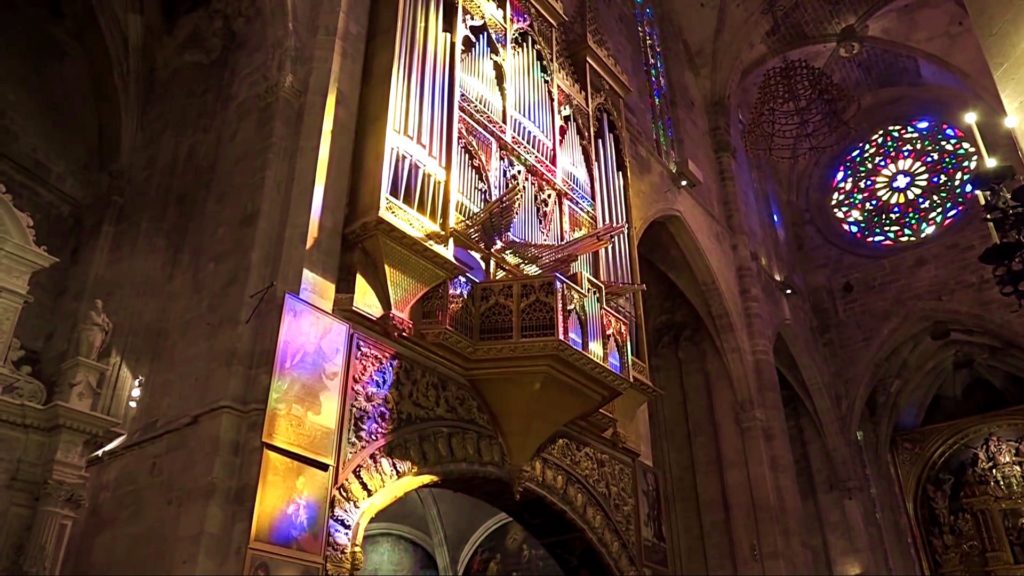 A large number of windows decorated with magnificent stained glass distinguishes of the architectural beauties of the Cathedral. Windows make the cathedral very bright. And, of course, it is impossible not to mention the outlet above the central entrance, which has a record diameter of 9.7 meters. 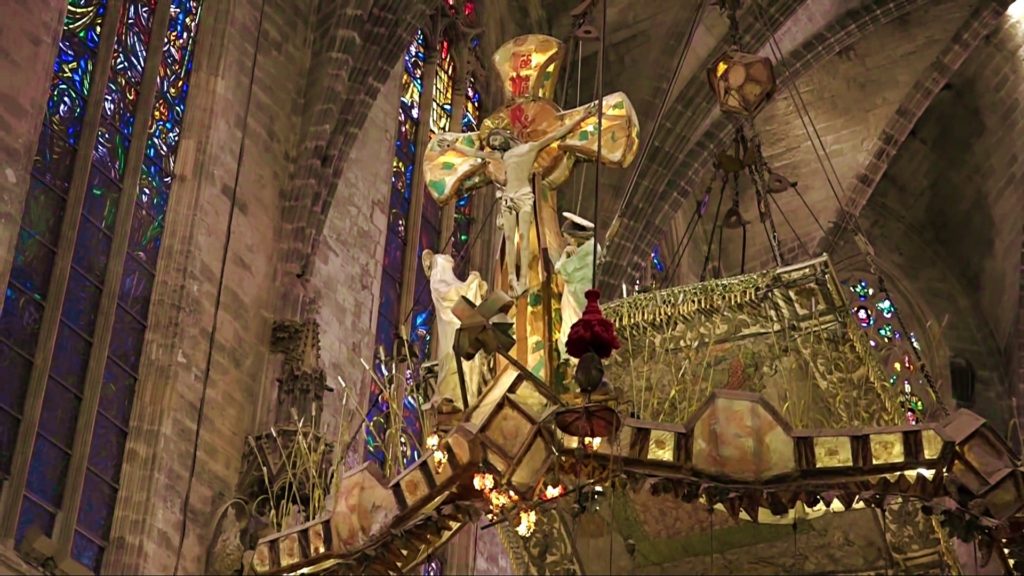 The cathedral is working: services are held here, where anyone can enter, as well as church ordinances, such as weddings and baptisms. Today, part of the temple is reserved for the museum. And there are organ concerts here. 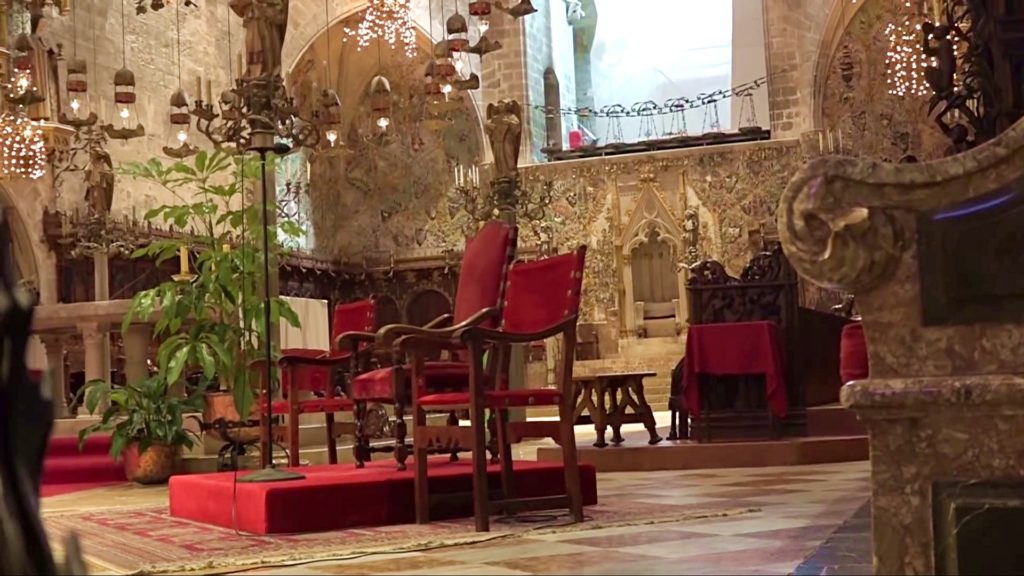