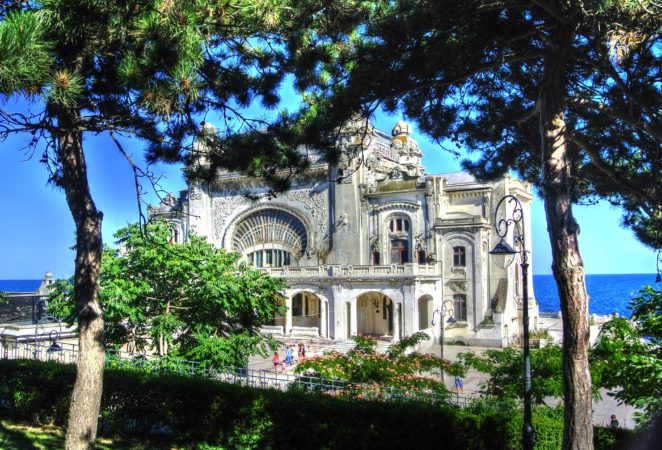 I think but I’m not sure that this is oldest building in my city! It was a beautiful building, elegant same like casinos in Vegas. I forget to tell you that it is in Constanta, my city, at Elisabeta Boulevard along the Black sea. It was a symbol of the city built in Art nouveau style. It is listed as a historic monument by Romania’s Ministry of Culture. It was inaugurated in 1910. In 1990, the building was closed.

First the building was a Casino and cabaret show, and then during World War I it was hospital. It has undergone repairs after the war. It reaches maximum shine in the interwar period. Real fortunes were playing here and many people throw into the sea after they’ve lost everything. After World War 2 the building became restaurant. There were many weddings and shows until it was locked up because maintenance costs were too high.