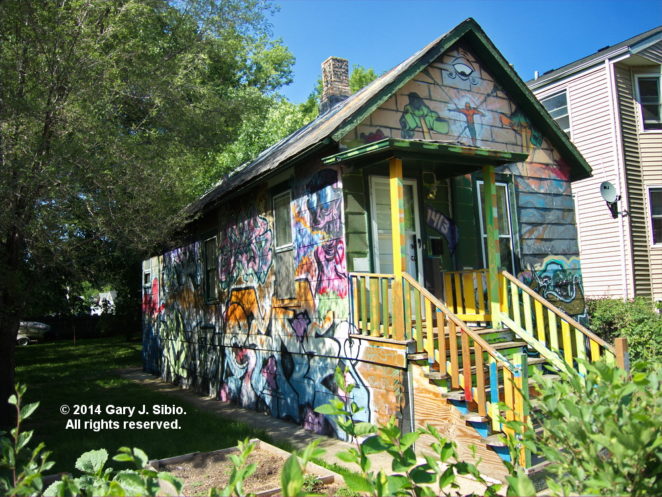 This is a 2-bedroom single-family house located at 1413 Emerson Street in Evanston, Illinois, a suburb which borders Chicago’s northernmost border and Lake Michigan. It was originally built in 1909. It is owned by developer Michael Lee. According to a story which lee denies, he painted it this way to get his revenge on the city of Evanston over disputes he was involved in. Lee says he is proud of his work calling it “fun and artistic.” 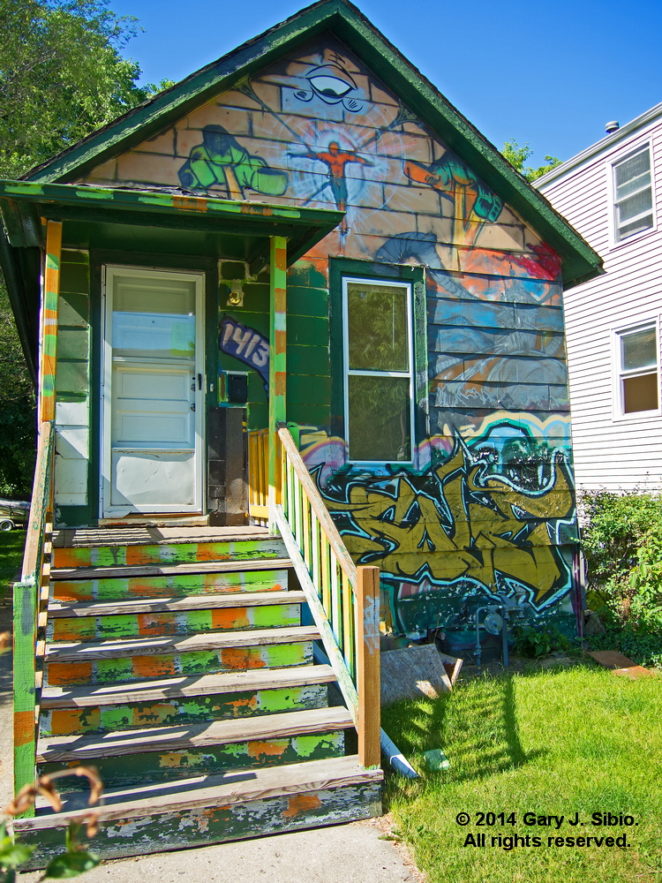