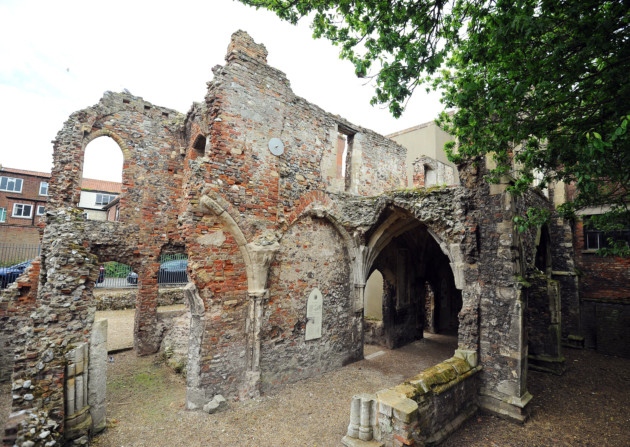 Greyfriars Cloisters is a place virtually hidden from view in Great Yarmouth with the buildings surrounded it.  But, although tucked away, it has so much history to it. The cloisters are the remains of a 13th Century Friary of Franciscan Cloisters.  The cloister seemed to get hidden from public view due to the development of the town over the years. You can still see traces of the interior on the walls with paintings etc., and also part of the cloisters church.  After the bombings of WW2 the walls and brickwork were laid bare.  In the 1960’s, 14th century wall paintings were discovered which can now be viewed in Gt Yarmouth Row Houses. 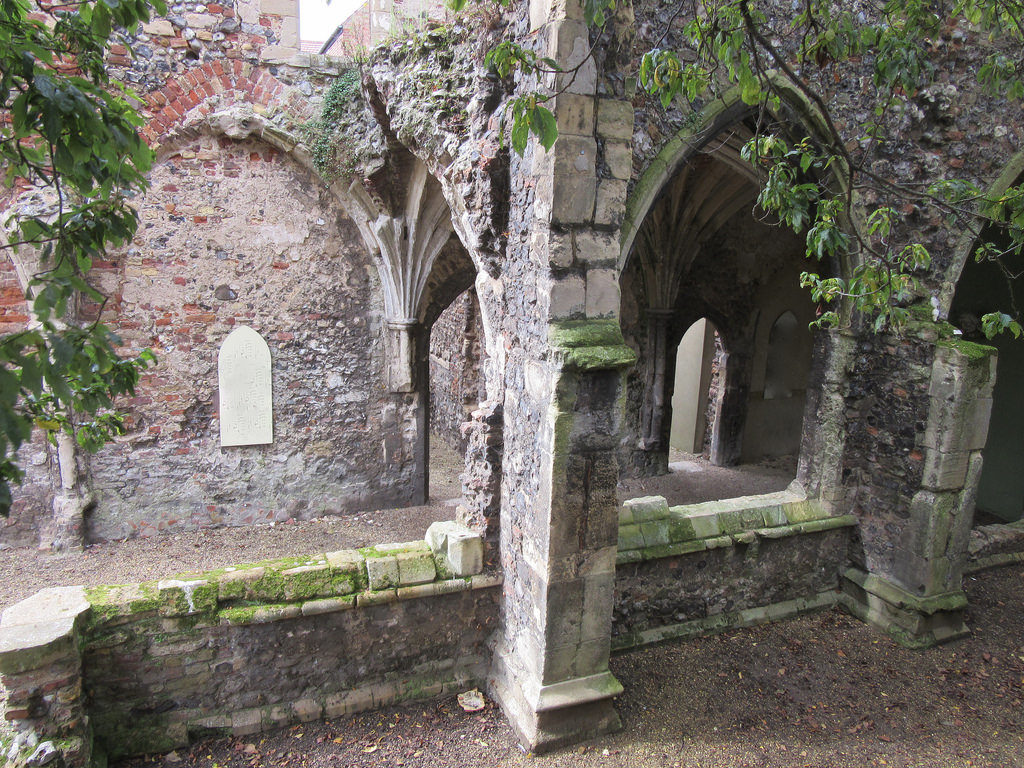 The Friary Church began in 1291. Henry VIII dissolved the Friary in 1538 under the dissolution of the monasteries. Thomas Cromwell and his nephew Sir Richard Williams bought the Friary where it was later passed to the Town Council.  And in 1569 the Manastic Church was torn down. Some of the building was used in nearby buildings and dwellings.  In 1887 the cloisters were opened to the public.  Then in 1942 the area suffered a devastating bombing from air raids.  It is interesting to know that row 91 and a half and row 92 were built around the ruins, so walking down Row 92 today you will see the cloisters tucked away.  The quay is one side and Greyfriars Way is the other.

The cloisters are locked away and are not open to the public, but it does have opening times and guided tours so people can look around and learn about this. It does tell you the opening times and when people can visit.  Although as I say, you can walk down row 92 and view it from the outside without going in, and you do get to see quite a lot.  Personally, I think it’s a little hidden gem tucked away in the town as you can’t really see it from the street and wouldn’t know it was there.  Shockingly, I’d been living in the town for more than 20 years before I even knew it was here!  I only found it when a local historian told me about it, so I went to look. As you can see from the pictures, although ruins now, it is still full of character and intrigue.  I love walking past here and wondering what life was like in the 13th century.