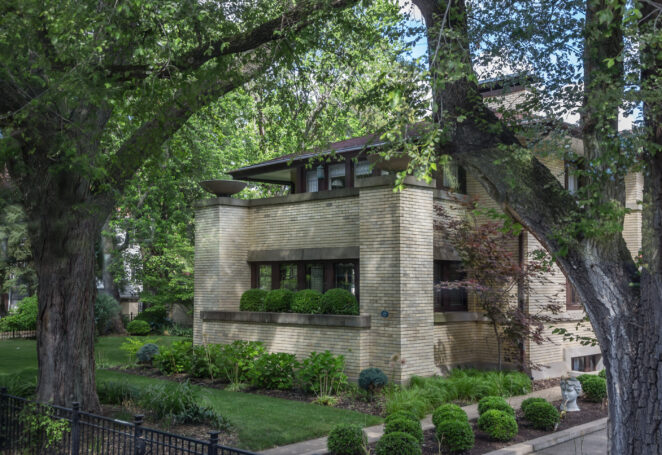 While driving around in Peoria, Illinois we came across a beautiful house at a peak of a hill called the Francis W. Little House and it was one of the first houses built by Frank Lloyd Wright early in his career in 1903. This was in his “Prairie Style” and was very different from the boxy and dark Victorian style houses of this era. Mr Little had produced a book of Frank Lloyd Wright houses and helped to get it published, so Mr Wright was grateful to him. Mr Little only lived in the house for 1 year before going to Minnesota where Wright built his last Prairie style house for him. Now the Swardenski family owns this house and occasionally allow glimpses inside.