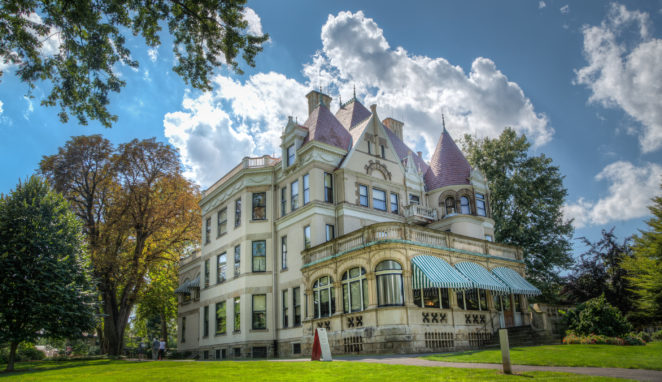 Henry Clay Frick had purchased this house in 1882-1883 from an existing regular sized 11 room house that was there previously. The Frick Estate was in Eastern Pittsburgh, Pennsylvania and in 1892 he hired architects to redesign the house into a mansion with 22 rooms. Their family lived there until they moved to New York City in 1913. I have photographs of only the outside as no photography was allowed inside.