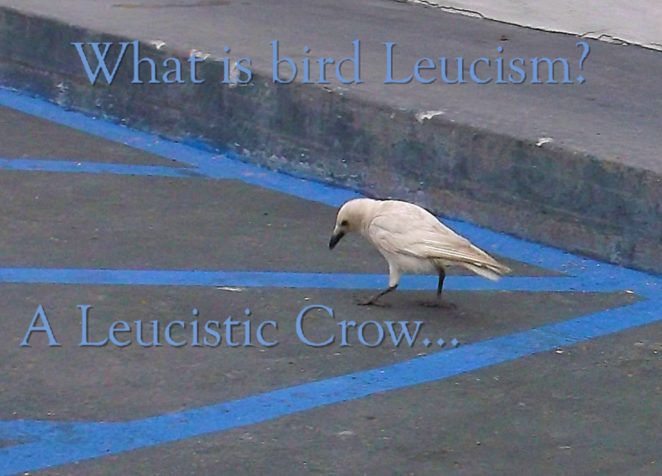 I didn’t know either until I went to ID a bird that was spotted in a gas station parking lot.

My son got out to pump and pay for gas, I stayed in the car with the heater on until he came out to pump. He opened the door and asked, “Did you see the white crow?” I thought he was joking and said no, did you??? Worried about him now.. A white crow? Was he on drugs? lol We don’t see white crows. They are all black here.

He responded with, “Yes, MOM, a white crow, he is just on the other side of the pumps out of your view. Get your camera!”

Well, sure enough there was a white crow. I noticed he was not albino, as he did have a black beak and grey feet.. I clicked a few pictures, and thought it must be a piebald crow.. Until I got home and started researching my find!

I had almost given up and thought it must of been a piebald, with just a lot of white feathers, when I came across…. Bird Leucism! The pictures confirmed this is what the bird is.

Leucism or leukism is an abnormal plumage condition caused by a genetic mutation that prevents pigment or melanin, from being properly deposited on a bird’s feathers. 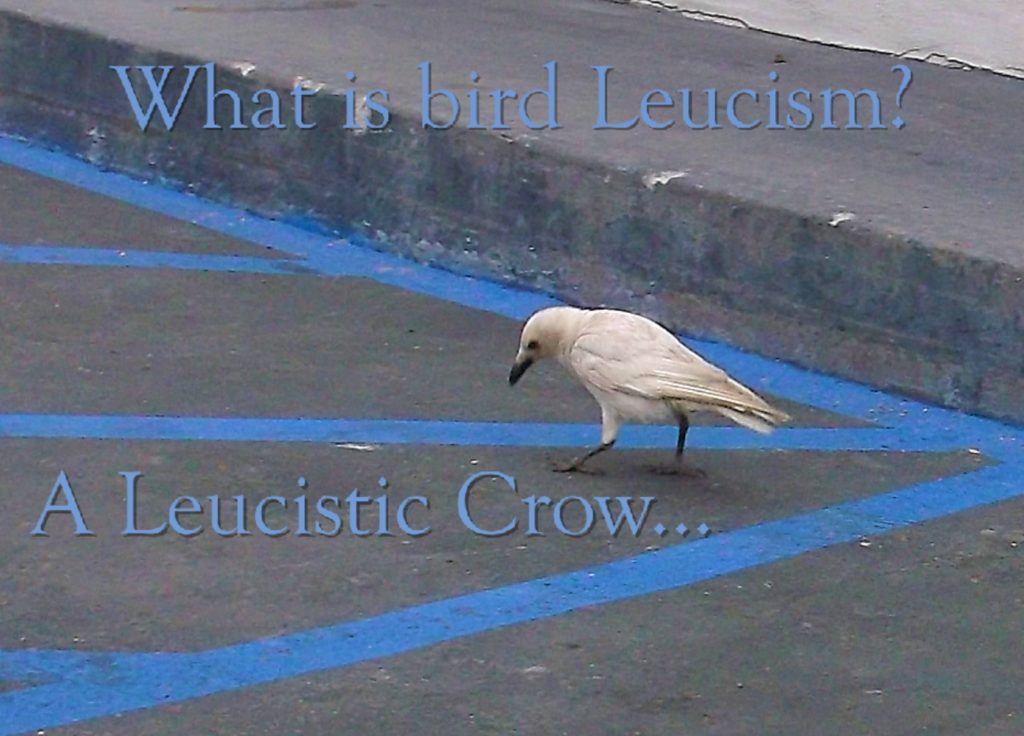 The plumage of these birds can range from bold white patches, paler overall plumage that looks faint or diluted, and overall white plumage with little or no color visible.

The degree of leucism, including brightness of the white will vary depending on the bird’s genetic makeup.  Birds that show only white patches or sections of white feathers – often in symmetrical patterns are called pied or piebald, while birds with fully white plumage are referred to as leucistic birds.

He wouldn’t let me get real close to him, but this is what I got. 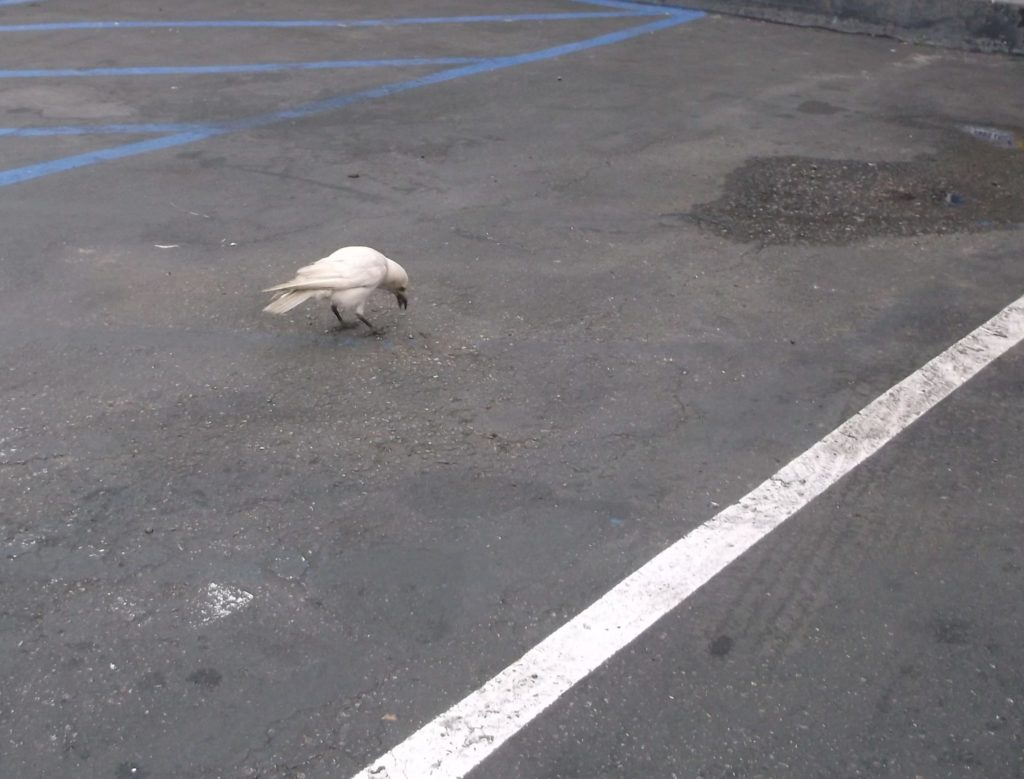 I am not sure if he was an adult of juvenile, but you know what I found odd?

When I started pointing and clicking he looked at me and calmed down. He knew what a camera was, and knew I wasn’t going to eat him..lol.. He let me take a few more. He let me get closer but always kept about 5 feet away from me.. 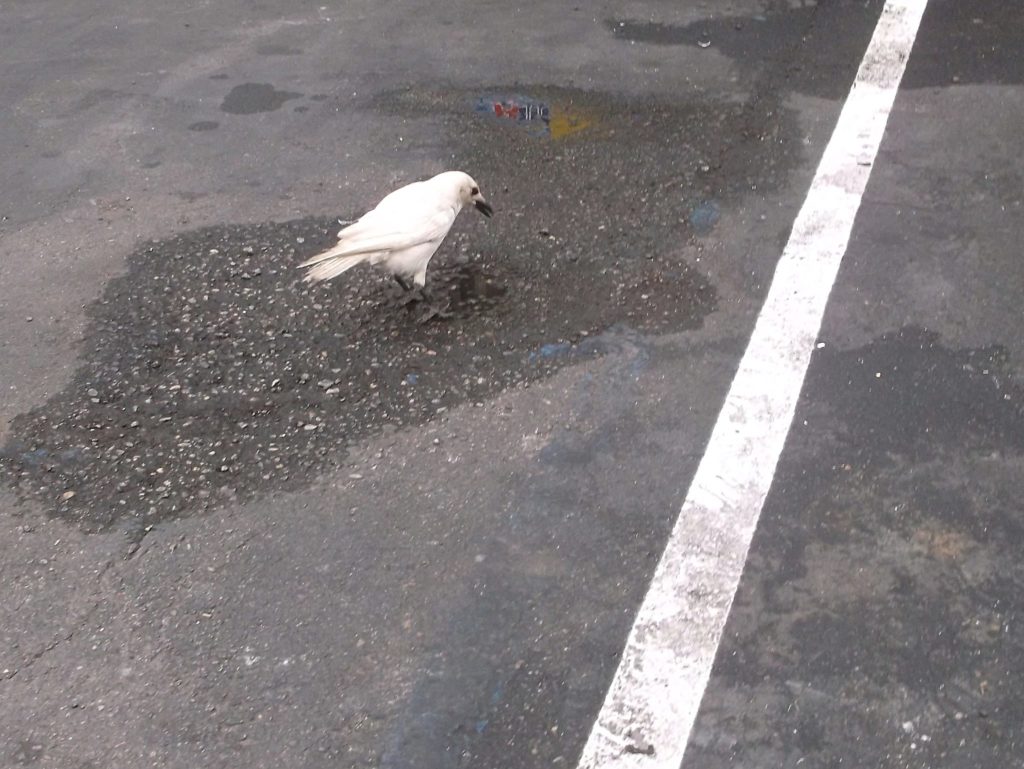 And the last click, it was at a gas station and people wanted to park here.. Everyone was watching me and this bird. You could hear people saying, “A white crow, a white crow!!” 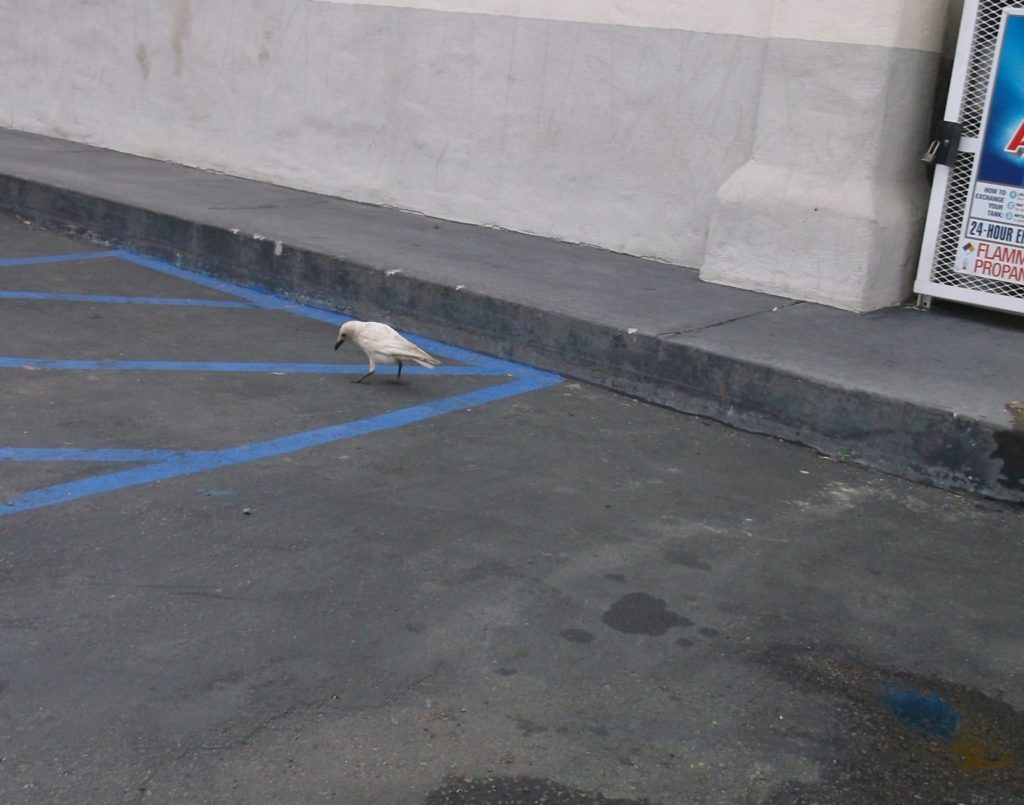 I hope you enjoyed this rare find. : )