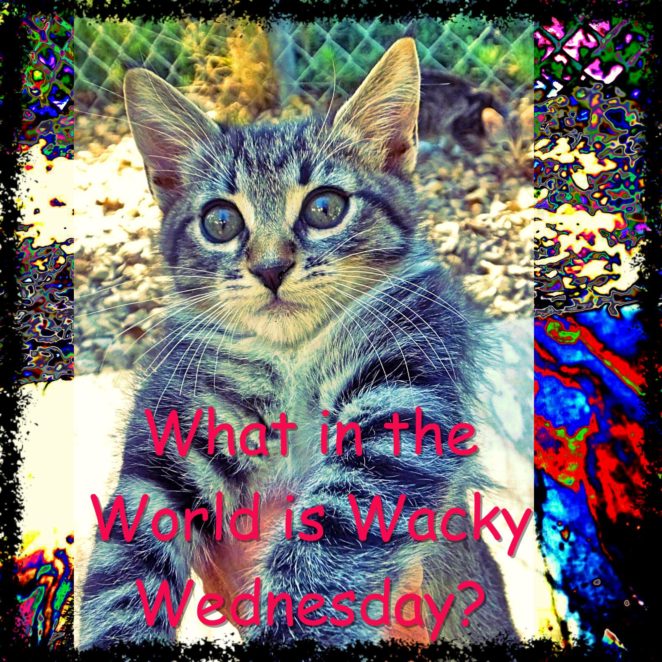 Post anything wacky for Wacky Wednesday. Have you got a cute or far out photo? Today is the day to post it. 😉

Thank you Carol for reminding and inspiring me with that pretty blue rose! 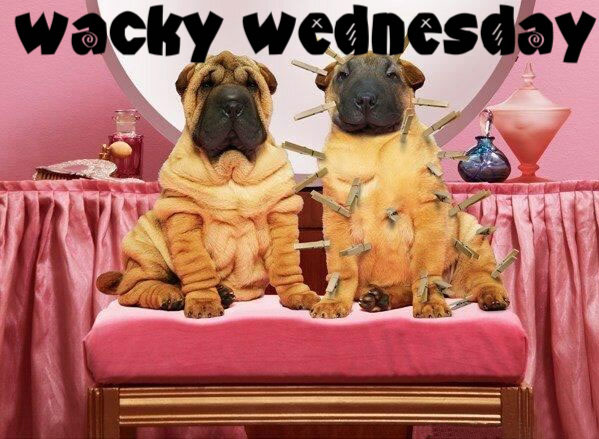 I had an idea to start a Wacky Wednesday challenge of sorts. Each Wednesday post something wacky, weird, funny, crazy, off the wall, well, you get the idea. So, are you up to the challenge? Just use #Wacky Wednesday in your posts and post in the Challenges section.

I read a wacky story this morning to share with you. And no, it wasn’t from the Dr. Seuss book titled Wacky Wednesday. This is suppose to be a wacky but true story and a chicken on the loose…

A Maine (US) animal control officer had been on a mission to find a loose chicken when he decided to whack a few branches, exposing a black fowl lurking below.

The Kennebec Journal reports that Paul Frye on Thursday solicited the help of another officer and two nearby citizens to wrangle the bird, saying it took four people to not “look stupid doing it.”

The bird was captured and is being cared for at Officer Brad Chase’s home. Police say it had been roaming the area for weeks. They’re not sure who it belongs to.

Frye says the department has received more calls about loose chickens in recent years because more people are raising birds at home farms. Chase had to catch another chicken in March.