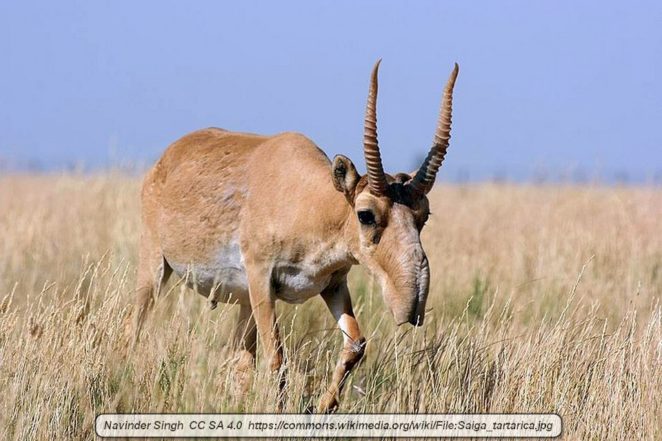 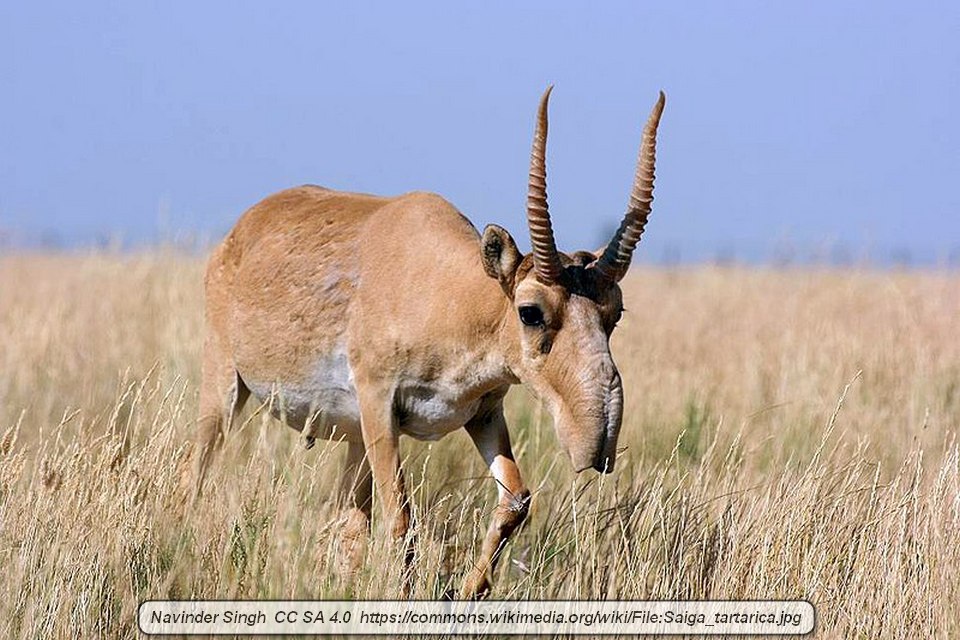 A face that only its mother could love? When it comes to strange looking creatures, one that is among the weirdest is the saiga (Saiga tatarica). The animal looks like something out of Star Wars and in fact, one of the Star Wars special effects animals looks remarkably like the saiga. This is also an animal that is critically endangered and it is questionable whether or not it will become extinct, even despite the best efforts of man to attempt to save it.

The saiga in general 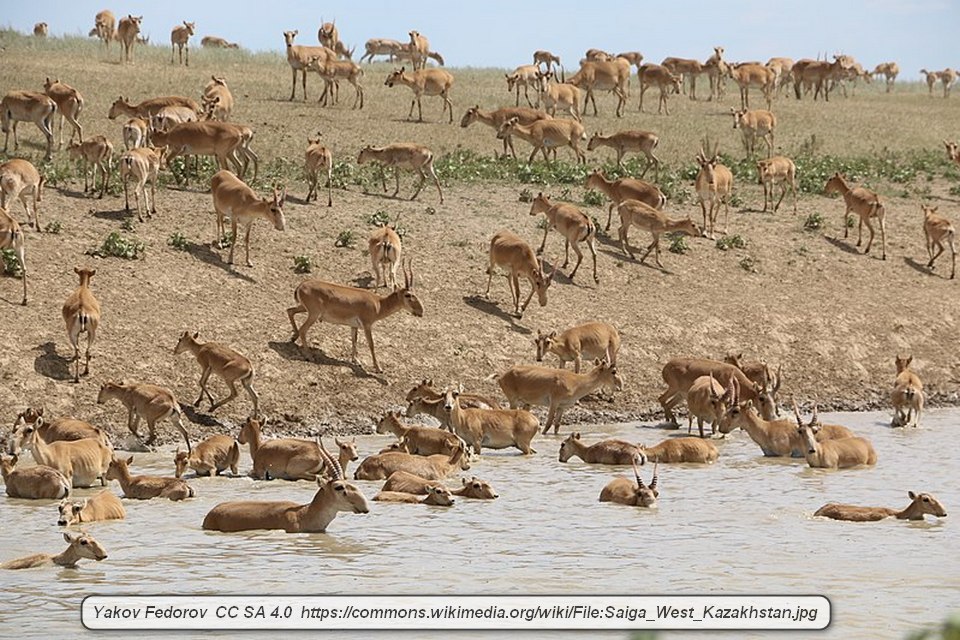 Saigas originally ranged through the Eurasian foothills and steppes. For some time, it was put under intense hunting pressure through much of its range and this helped with the tremendous drop in population, though there are other factors as well. For instance, this is an animal that has a genetic bottleneck that is also a major contributor. 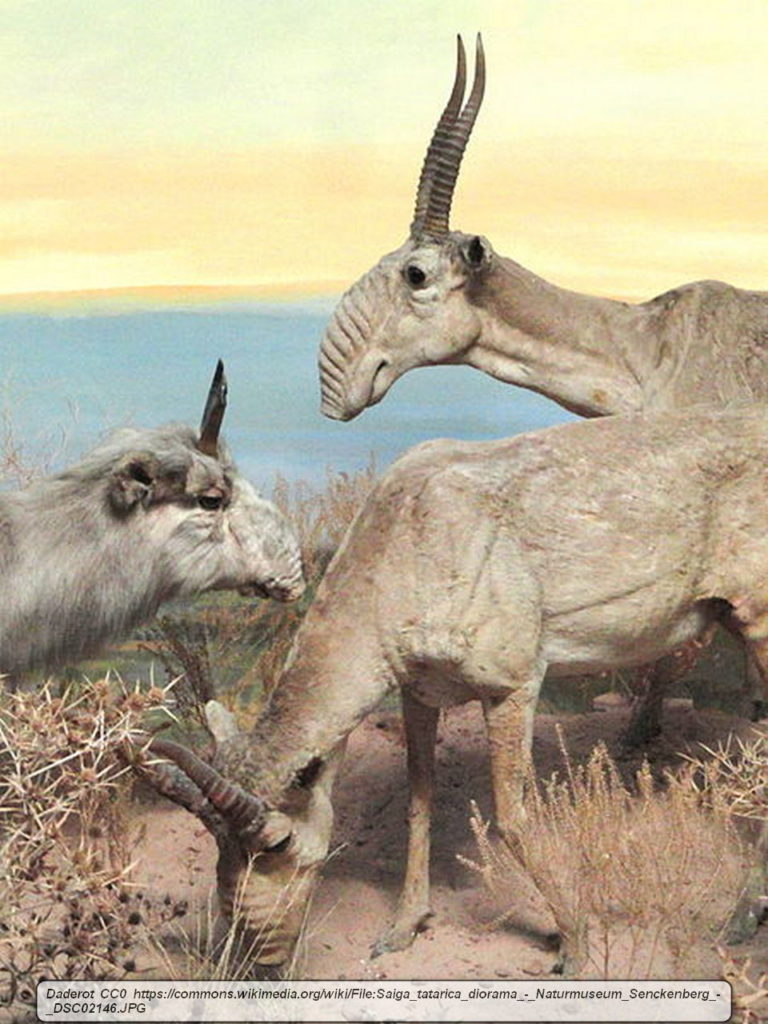 An adult saiga stands between two and two and a half feet at the shoulder. The common weight is from 60 to 140 pounds, with occasional individuals weighing a little more than this. The average length of the animal is somewhat less than five feet.

The males have horns that are ringed, upright and in a loose spiral. The horns are semi-translucent and usually less than a foot and a half in length. The females don’t have horns.

The color of the saiga varies between grayish brown and rusty red, depending on the season.

Perhaps the strangest part of its appearance is its long nose, which overhangs the mouth and forms a flexible proboscis. This is similar to what is found in elephants, though not nearly as pronounced. Scientists surmise that the long, sensitive nose allows the animal to withstand the heat of the steppes in the summer, by allowing the blood to cool, and the bitter cold of winter by warming the air that is breathed in. 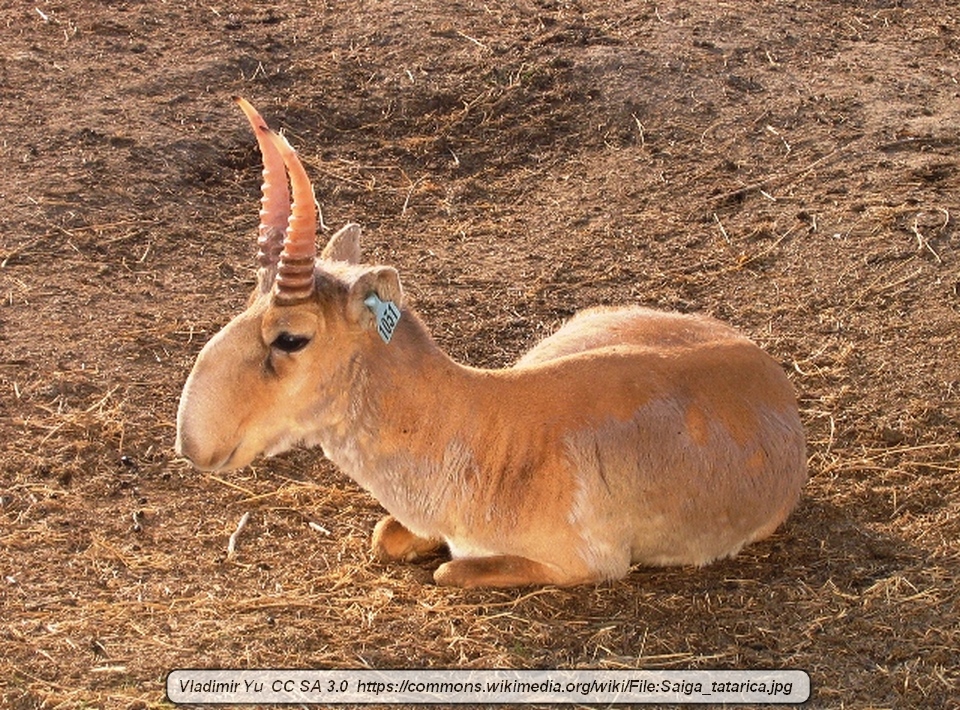 As mentioned, this animal has been hunted for a very long time; at least thousands of years. A population that was formerly found in China and into Mongolia have been wiped out, too, primarily because of the belief that the horns held mystical properties.

However, it appears that this may be the least of their worries. Saigas are prone to having mass die-offs. While this isn’t rare in hooved animals, including deer, antelopes, goats, and sheep, the die-offs have been extreme. As yet, scientists are not totally sure of what is causing the Saigas to die in large numbers on almost a yearly basis.

One theory for the mass deaths has been that it has something to do with the fact that the females gather together in large herds when it is time to drop their calves. The problem with this idea is that although they are indeed vulnerable at this time, not all of the mass deaths have happened at calving time.

It is widely believed that the deaths are actually caused by a bacterial infection, but this isn’t particularly helpful. It is known that it is extremely contagious and 100% fatal.  The problem is enormous, though. In May 2015, over 120,000 dead saigas were found in an area that was only said to contain 250,000 individuals. If similar die-offs occur as they have been for the past half a decade, there may be no saigas left by the time biologists determine how the bacteria are being transmitted and how to deal with it. This isn’t helped by the fact that the animals live in areas that are exceptionally hard to get to, for study purposes.

The saga of the saiga may soon be over and the outcome isn’t one that can be totally blamed on mankind, though he has no doubt played a major role. There is still hope that this strange looking antelope might survive, but we might be witnessing the natural extinction of a species. That would be a pity for such a strange looking creature.