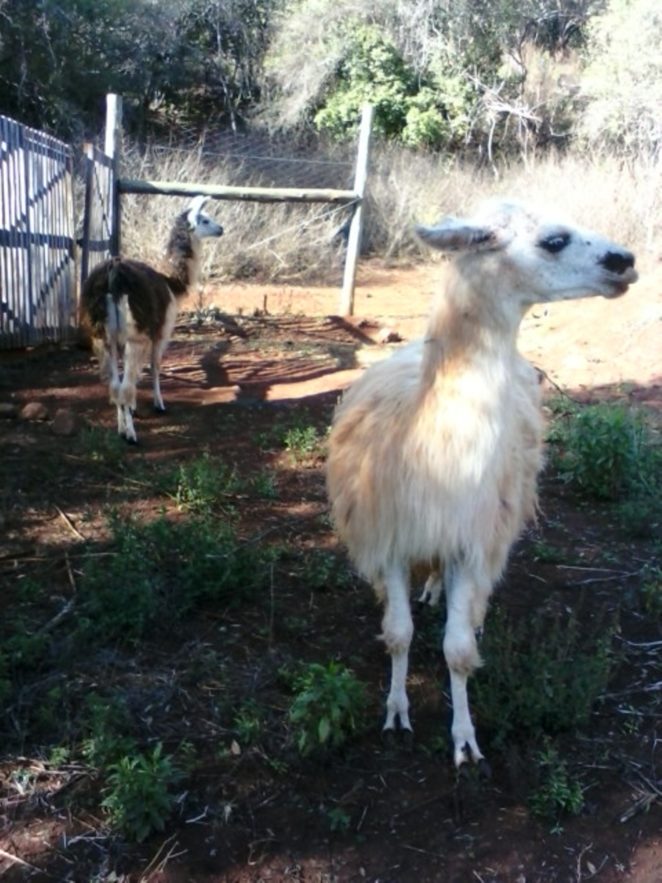 Llama is an herbivore and gets most of its nutrition from grass, leaves and young shoots. Llama does not have the same water retaining properties of their camel cousins, meaning that the llama must drink more often and llamas, therefore, prefer to be close to water. It is mostly found in the South America where live in the animal conservancy.

Llama is very sociable animals that enjoy being with other Llamas in a herd. It is believed to be an intelligent animal as it can be taught tasks and it can pick up with few repetitions of the task. The gestation period for Llama is between 11 and 12 months.

Llama is classified as follows;

This photo was taken by me at the Dedan Kimathi University of Technology Conservancy – Nyeri County, Kenya.