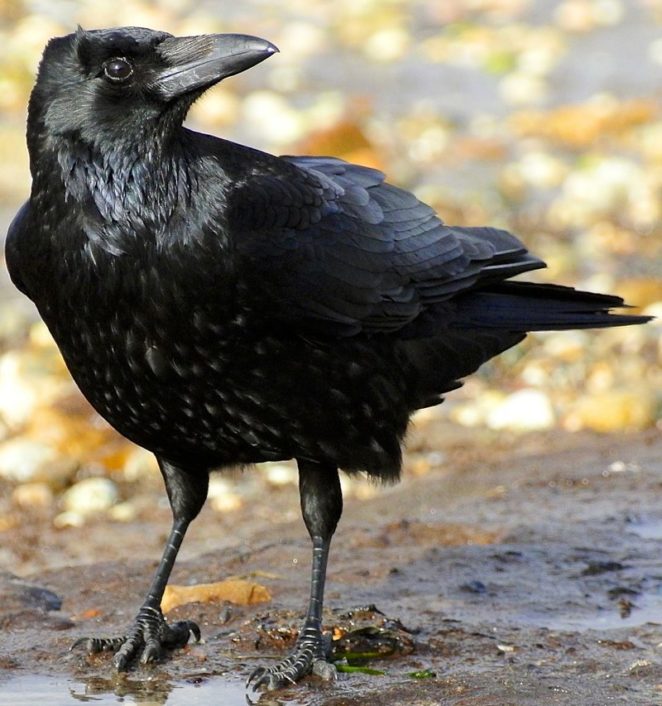 She scooped him up from the wet tarmac, out of the paths of dogs and joggers and the buggies, where babies rode high, like royalty, amidst their canopies of colour.  He was unsteady on his feet, hobbling drunkenly, unformed and vulnerable to foxes and stalking cats.  She folded him tenderly in her scarf, holding his trembling body close, feeling the spring of his legs, the frantic scratching of his claws.  Guilty, on the bus, she kept him hidden under the shelter of her coat,  until reaching home she released him onto the kitchen floor, where he fixed her with his beady blue eye and opened his beak why.

He forced her into foreign territory, into the earth where the grubs and worms lived their hidden lives.  Mercilessly she cut them into pieces and holding his beak open pushed them to the back of his throat so that he gulped and swallowed.  He learned to follow her, hopping from room to room.  He mirrored back her voice, while she learned to echo his harsh “caw caw”.  His feathers became sleek and black.  In the evenings he met her at the door, settled himself upon her shoulder and nibbled at her ear.  In the dark of the night he grew tall and perched himself amongst the branches  of his wish-fulfilling tree whilst her wings grew.  Together, they spiralled up above the city and kept watch over the glittering night.