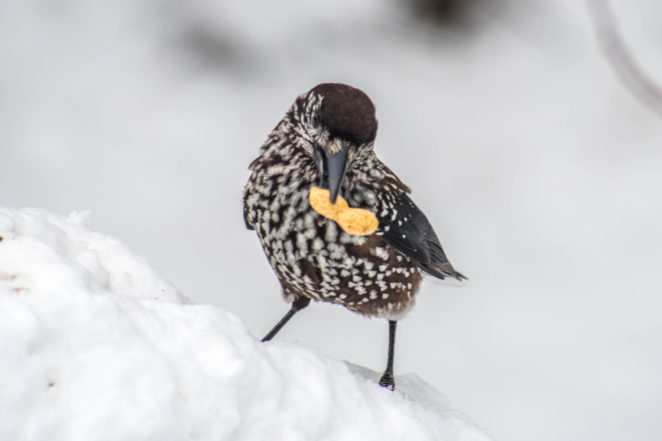 Is a passerine bird slightly larger than the Eurasian jay.

The feathers are dark brown, dotted with small white spots except the feathers of the wings.

Coloration it resembles a large starling.

Its beak is long pointed and strong.

It is found in the coniferous forests of Europe and Asia, which are usually high in the mountains.

In general, it is considered a northern species and leads a sedentary way of life, but in particularly harsh winters, flocks from Siberia migrate to Eastern Europe and the Balkan Peninsula.