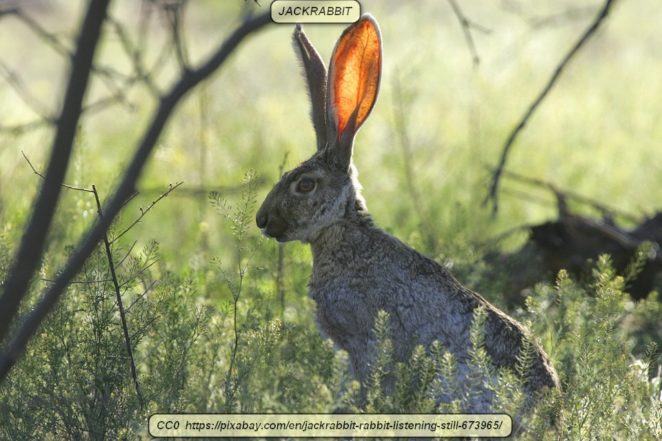 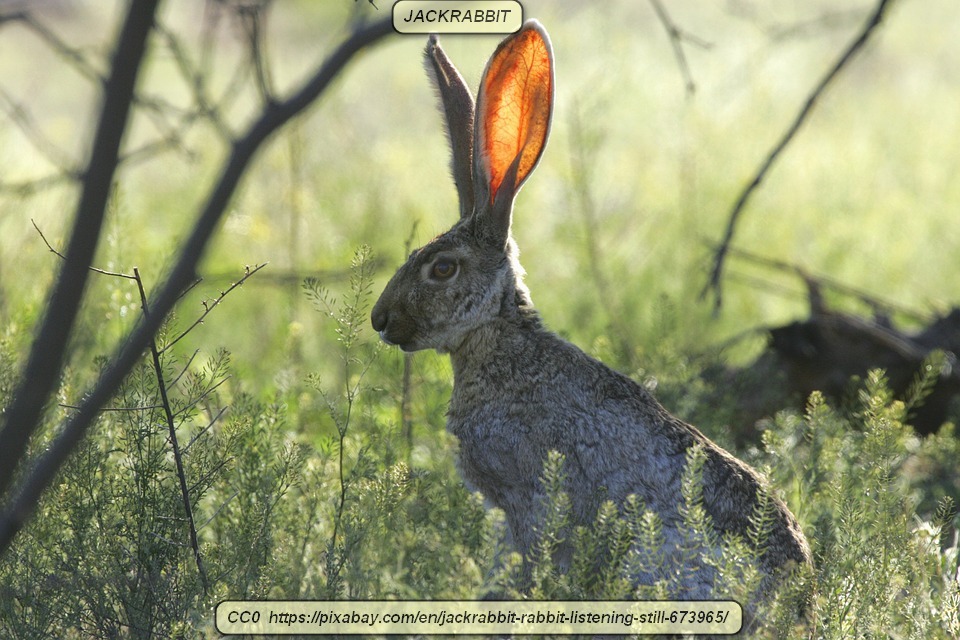 There can be some confusion about rabbits and hares. They look very similar, often live in the same areas, and eat similar foods. However, they are not the same thing.

It is worth mentioning that both of these animals are lagomorphs. They aren’t rodents. Among other things, rodents have four front teeth; two in the upper and two in the lower jaw. The teeth grow throughout the lifetime of the animals. Rabbits and hares have six front teeth. Right behind the upper pair of front teeth, lagomorphs have another pair of peg teeth.

So what is the difference between a rabbit and a hare? A rabbit, such as a cottontail or a domesticated “bunny” is born naked, helpless, with the eyes closed at birth like a newborn kitten. The young are also normally born in a burrow in the ground. Rabbits spend a lot of their time in burrows, in fact. When a rabbit is confronted by a predator, its natural impulse is to hide in its burrow. 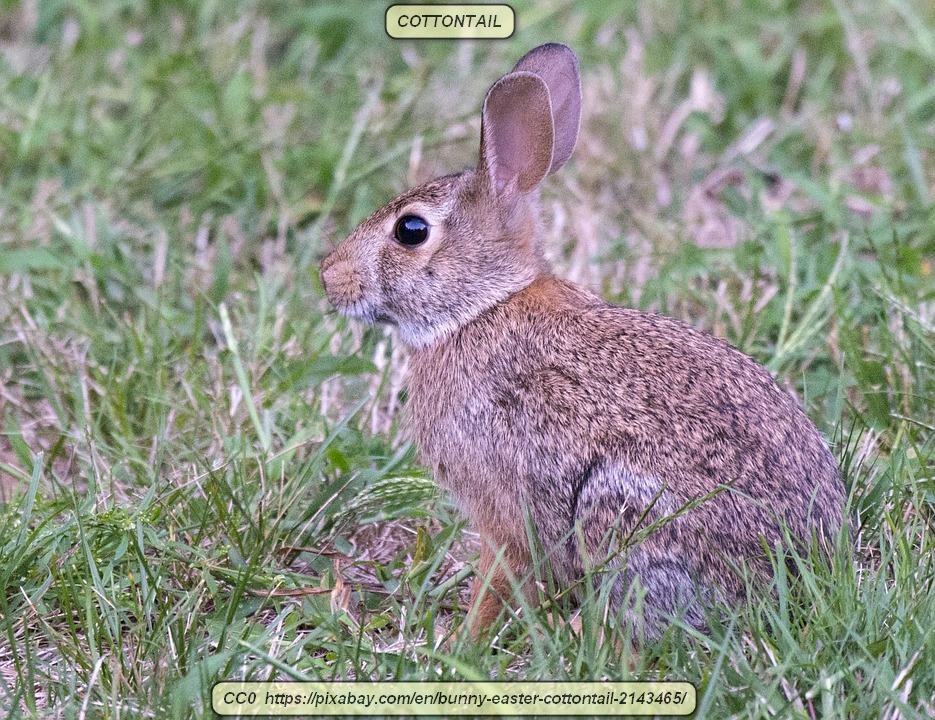 Rabbits are also sociable animals that prefer eating tender grasses and other similar plants. When they breed, a dominant male or buck will breed with all the females or does in his harem. A buck rabbit will often fight any other bucks that come into his territory.

A hare, such as a Jackrabbit or snowshoe hare, is born fully furred, with the eyes open, and they can run and hop very shortly after birth. The babies are normally born in a shallow “scrape’, under a bush or other natural shelter. Hares don’t burrow and stay on top of the ground. If confronted by a predator, hares will usually attempt to outrun the predator.

Hares aren’t very sociable and are often found away from other hares. They also tend to eat tougher plants. When hares breed, they simply pair off and the bucks rarely fight with one another. Buck hares don’t have harems of does.

Hares tend to be larger than rabbits, but this isn’t always a telling feature and there can be exceptions. For example, Arctic hares are normally quite small when full grown, on the order of 1 to 3 pounds. A Flemish giant rabbit often weighs between 14 and 25 pounds and the largest rabbit on record weighed 55 pounds. Hares tend to be fleeter than rabbits, however, and they can often outrun predators. This explains why they run when danger approaches.

There are other differences, too. It is partly due to the differences between hares and rabbits that they don’t interbreed, even though they often have ranges that overlap one another.