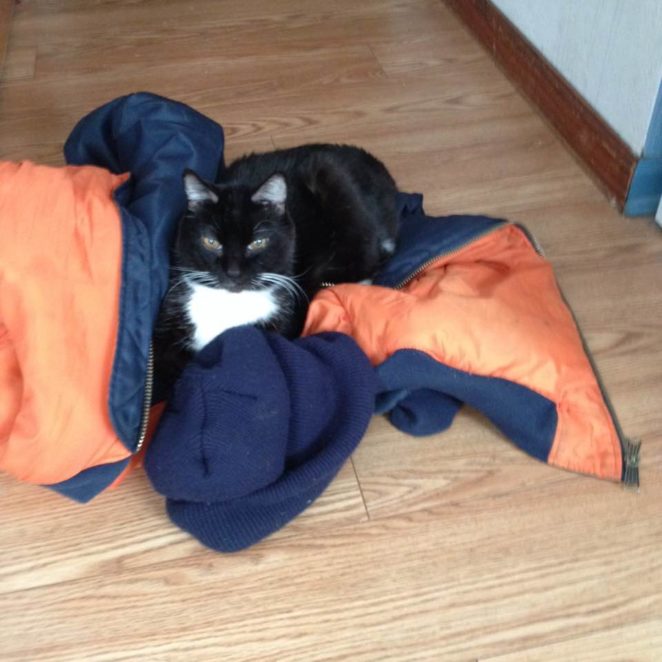 Tinker is my oldest cat. He is over 21 years old, and has a bladder infection the veterinarian thinks. The vet believes he is at the end of his life. But he acts normal most of the time. He has a knee cap problem, but it goes in place after a short time.

I found blood on the floor one day, but was too fast in cleaning it up. Then when the veterinarian asked for a sample of the blood, I didn’t have any. I did see a little urine on the floor without blood and took it in to be tested a few days later.

The test has not come back yet, but she already started him on an antibiotic, and gave him some fluids due to the dried blood she found on him. I didn’t know he had it on him. I found out that after the vet cleaned the bloody area off of him. Then urine started flowing instantly I was told. I want to know if any pet owners check their cats if they are acting normal? I usually don’t except for flea season. I ask other pet owners, and they told me they don’t check their pet’s stomach area unless they are acting odd. I feel like I should blame myself, but he has always cleaned himself. He has been active throughout the day like he was much younger.

I have learned something today that I want to pass on to other pet owners. Check your pet’s stomach area, just look at them good when they are in the position of wanting a belly-rub. And see if there if anything that doesn’t look normal. Then you probably will not be too late when you tell your vet about it. I am concerned.

I spend so much on his care, but he is worth it. He is a 21 year old diabetic cat. He has to have renal support food to help his kidneys function better. Insulin cost me 134.00 a month. He is on supplements for his joints. I also need to buy insulin syringes. Now he has to have his kidneys checked every few months. He is worth it all! I will not let him suffer, but he looks content during the day. He walks funny for a short then he walks alright the rest of the day. My husband never sugar-coats anything, so I ask him if he thought Tinker was suffering, and he told me he didn’t think that he was suffering. I have recorded him walking, so the vet can see it tomorrow.

Pray his kidneys are alright, and that he conquers this infection. God bless you all