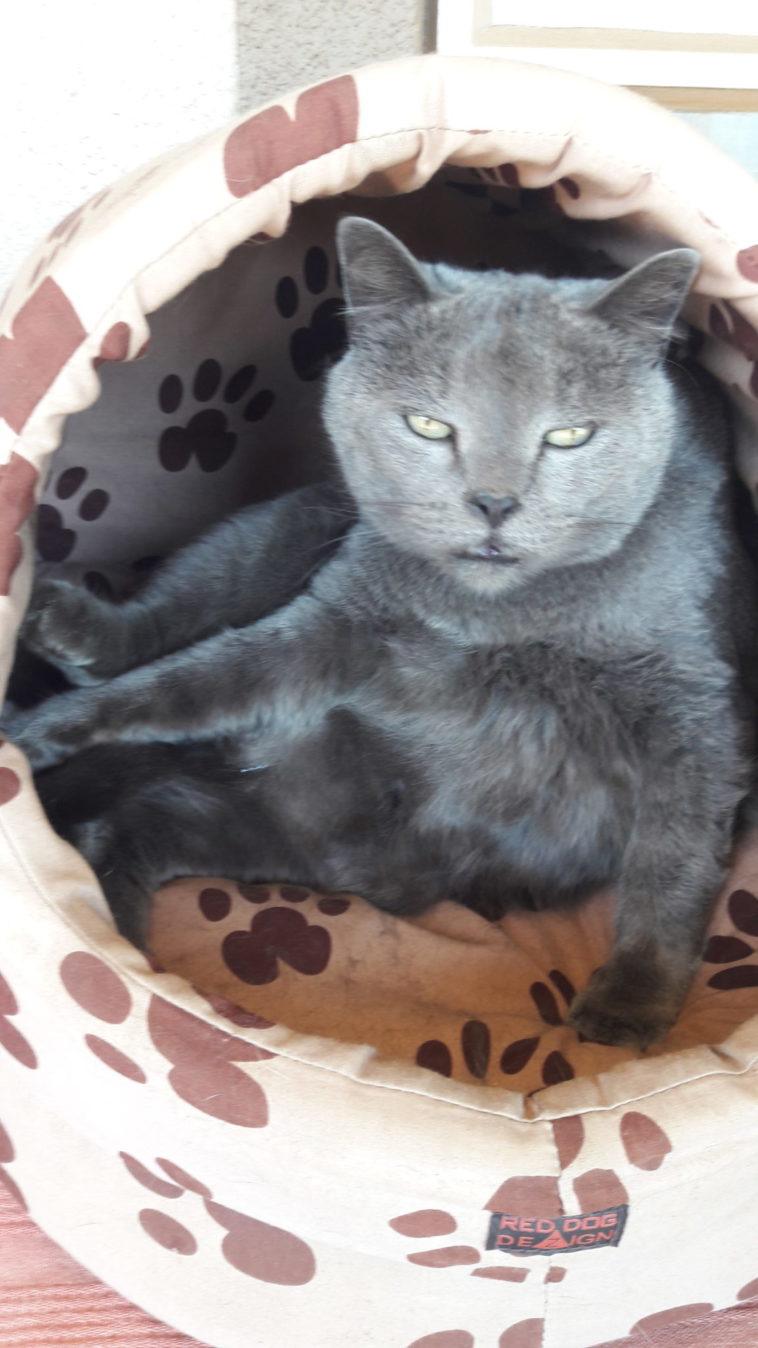 Meet Edge – the cat that turned out to be a not-so-kitty!

This teensy grey kitty was seen wandering around the complex last year and tugged at my daughter, Igz’s, heart strings. Eventually it moved in. We thought it was just a kitten because it was so skinny and I say “it”, because it was hard to determine where it was male or female. Until we took him to be fixed.

It turned out Edge was a male – who had already been fixed, and was indeed 5 or 6 years old.

He’s no longer one bit skinny and we’ve now had to put him on diet, which he does not approve of in the least.

He has claimed Ralphie’s basket for himself. Which is okay, because in turn, Ralph has appropriated Fudge’s basket, seeing as she no longer has any need for it, romping around on the rainbow ridge.

Edge has a fabulous case of “resting-be-arch-face”. But really he’s a pussy cat!