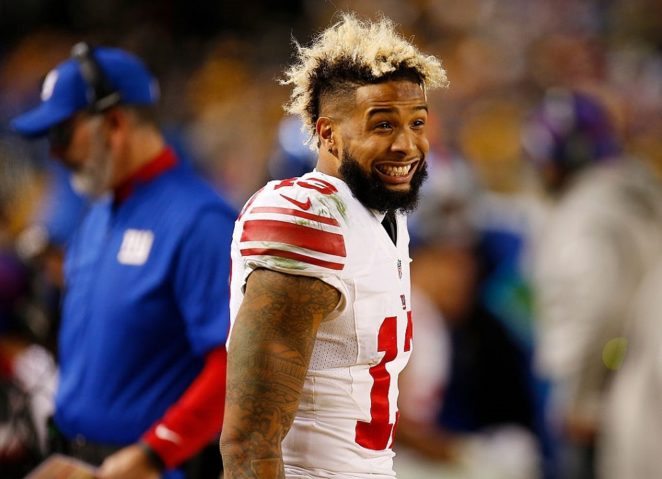 PITTSBURGH, PA - DECEMBER 04: Odell Beckham #13 of the New York Giants looks on from the sidelines in the second half during the game against the Pittsburgh Steelers at Heinz Field on December 4, 2016 in Pittsburgh, Pennsylvania. (Photo by Justin K. Aller/Getty Images)

A lot of fans of the National Football League (NFL) are familiar with New York Giants wide receiver Odell Beckham Junior for his way of getting attention on and off the gridiron.

What is not known of Beckham outside of his teammates on the New York Giants football team is his love for dogs who love him unconditionally whether his team wins a game or not.

Recently his dog Eris gave birth to ten Canary Mastiff puppies. Seven of the ten puppies are female while three of them are male.

Since Odell has a great heart of compassion for prisoners and war veterans, Odell has this deal where his ten puppies will be put up for adoption with the proceeds of the sale of the ten puppies going to support the Prisoners Assisting Warriors Program or PAWS that he founded in July 2017 in his hometown of Baton Rouge Louisiana as a way to give back to his community. 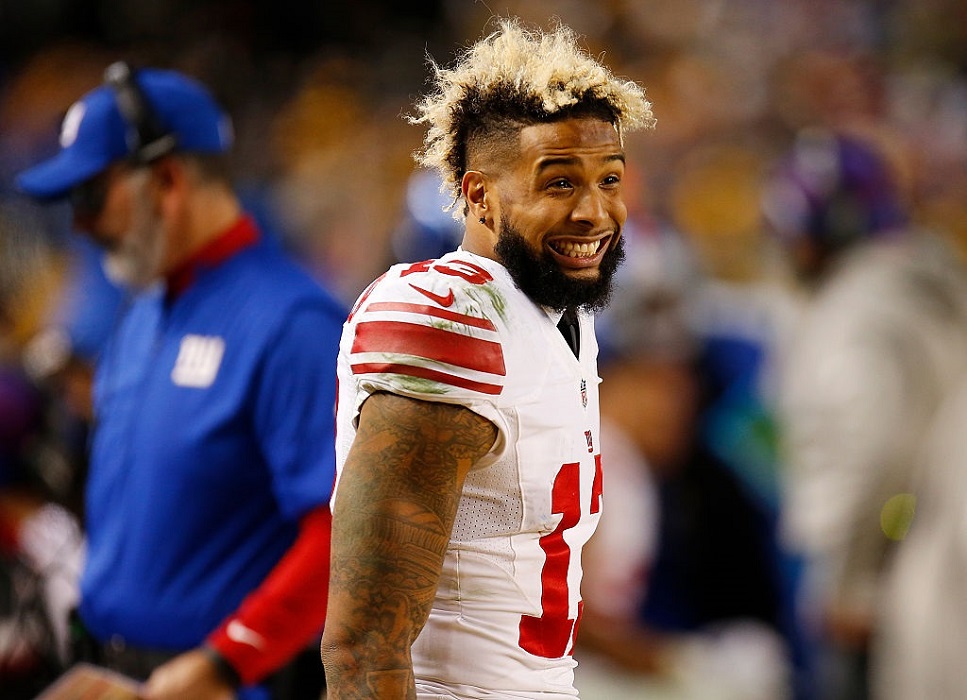 I am sure this act of kindness to have the Canary Mastiffs puppies being put up for adoption with the proceeds of the sale going to have service dogs to be given to either prisoners who learn how to get back into society by assisting the former inmates to learn how to love animals and people after paying their debt to society as well as our brave men and women who have served in our armed forces adjust to civilian life by having man’s best friend to give them a reason to live a happy life will make the sports journalists shows.

Even though Beckham’s image is that of a trouble maker who does put the interests of his team first, his love of dogs and assisting people in need of a dog to be their best friend is one way to at least admire him for having a heart of gold.