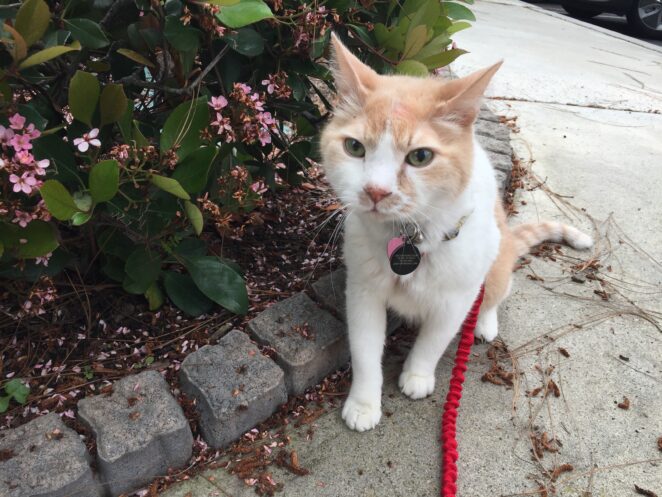 Puma Messi goes to doggie obedient school? That is what I originally thought. He was acting like a trained dog, more behaved than my house cat. Gumby has too much attitude and he tends to act up when he wants something. But Messi is still getting distracted like a cat. The dogs are more focused. Messi looks bored, looking around his surroundings. He went to four years of schooling. He probably has a degree. I notice the other dogs aren’t paying attention to the puma, like it’s no big deal. Maybe in Russia, animals are more tolerant.

I think this man probably had Messi when it was a baby cub, maybe it was an orphan. It looks like a lioness because of similar wildcat features. But I think Messi is a boy puma. 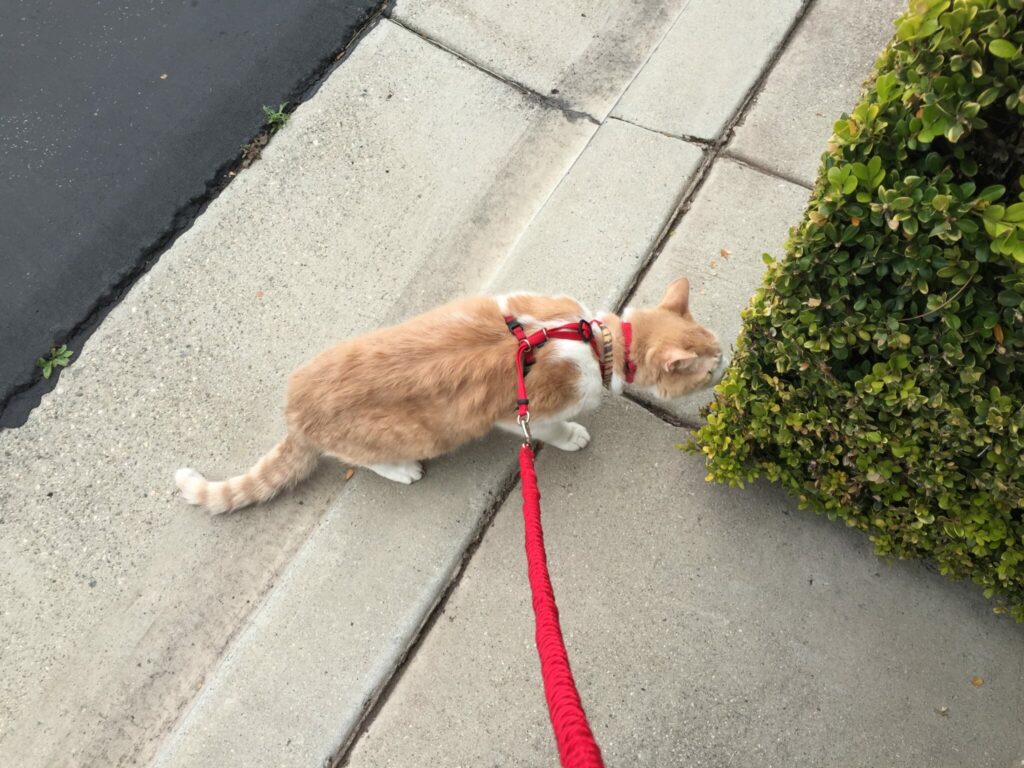 Gumby explores nearby bushes for a couple of minutes to stretch his legs outside.