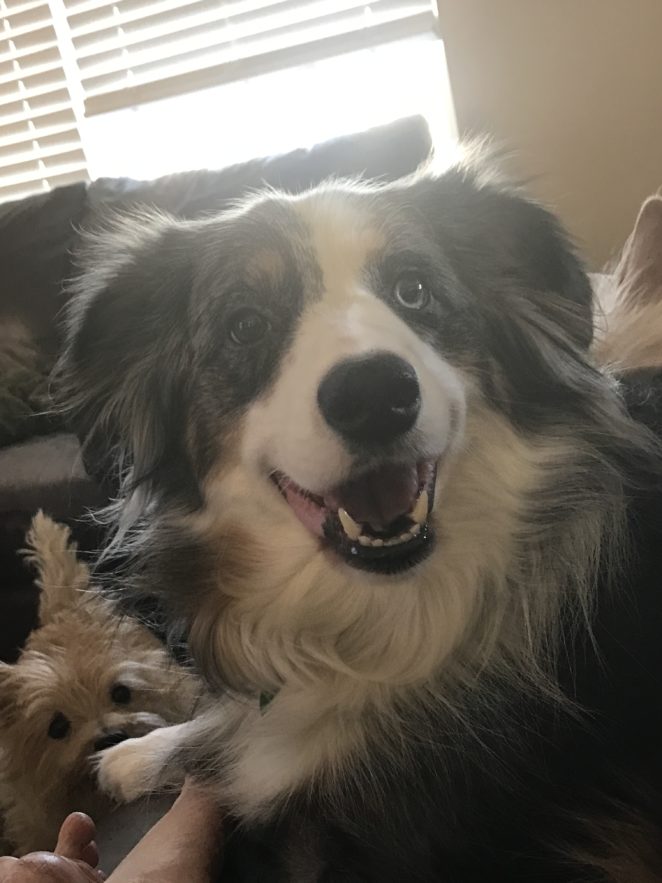 This is Dexter. He is a 3 year old Mini Aussie that’s not so Mini!! My fiancé Richard went to a puppy store one day and saw Dexter and fell in love. He texted me a picture and I said no because we already had 2 dogs plus I don’t agree with buying dogs from puppy stores. But of course, as you can see, Richard bought Dexter anyway and I couldn’t be happier!! He is the most lovable boy!! He does have separation anxiety tho and has a tendency to chew on his paws/legs when he gets anxious. He is very attached to Richard and I’m guessing it’s because Richard saved him from that horrible puppy store!! Dexter will lay on Richard and hug him. He likes to put his face in yours and get kisses. I may not have wanted Richard to get Dexter in the beginning but now I couldn’t see our life with out him!!