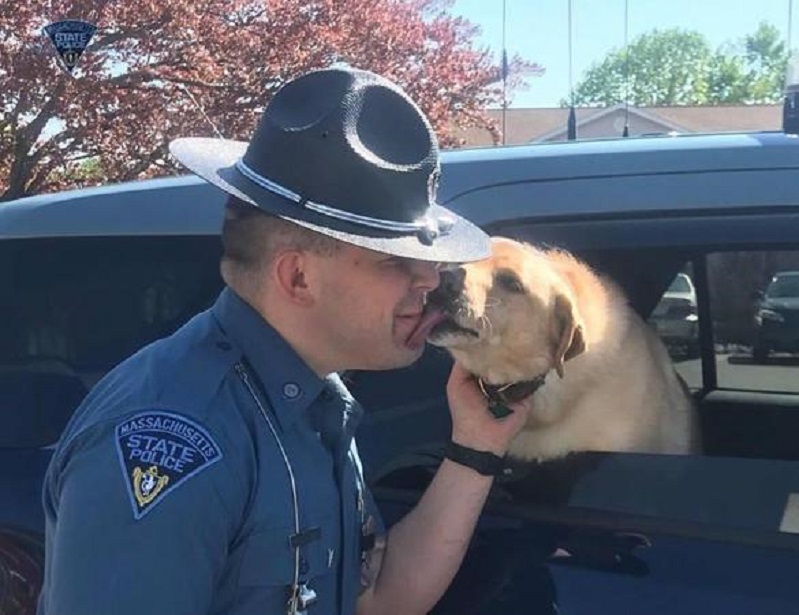 My belief is that many law enforcement officers either have pets at home or they love pet so much that when they are called to service to rescue a dog that in this case was running on Interstate 195 in Worschester on Wednesday, Massachusetts State Officer Nick D’ Angelo was assigned to rescue the dog that was on the interstate with a huge risk of either being run over by a driver or suffer from lack of food and drink during a warm day.

The method of how Officer D’ Angelo was able to get the attention of Dozier was to offer the dog that was running on the interstate was to offer him his beef jerky as the bait.

Dozier must have been hungry since he accepted the offer from Officer D’ Angelo to eat the beef jerky. Then Officer D’ Angelo did what the other motorists who were on the highway could not do. Take him inside his squad car to reunite Dozier with his owner.

How did Dozier managed to leave his home and get on the interstate is anyone’s guess. What really matters is Dozier is safe and sound with his owner thanks to the act of compassion of Officer D ‘Angelo.