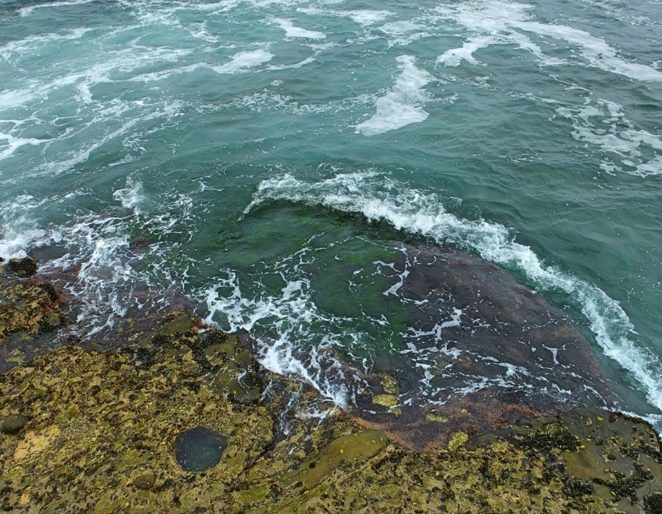 The La Jolla Children’s pool was originally an area in San Diego California designated for children to swim. In 1932, a sea wall was built to protect the shore from oncoming waves, making it an ideal spot for children to wade and play without danger.

Something else happened over the years. We have an outcropping of rock called Seal Rock located just north of the beach and is home to hundreds of seals. They have decided that this little cove was a perfect place to give birth and raise their baby seals.

Due to the increased seal population, marine life advocates have fought for years to close the beach in order to protect and preserve wildlife. Although the debate continues, the beach is currently being shared by both humans and seals and is open to the public.

I went down there to click a few photos of our seals. Hope you enjoy.

The shot below is shot from the sea wall and pictures a photographer friend of mine.

The one below shows the sea wall that protects the beach on the left from the waves on the right.

Below shows a bit more of the beach area with some seals.

Across from the sea wall, there is a natural outcropping of rock that protect the beach from waves.

Below is a young sea pup enjoying the water.

And more..this little guy was sunbathing and taking a short nap. He was the lightest in color.

This seal pup is the same pup that is in the first photo. He was really pretty.

He finally came up onto the rocks and looked right at me.

I love their whiskers!

The light colored seal finally went into the water to cool off.