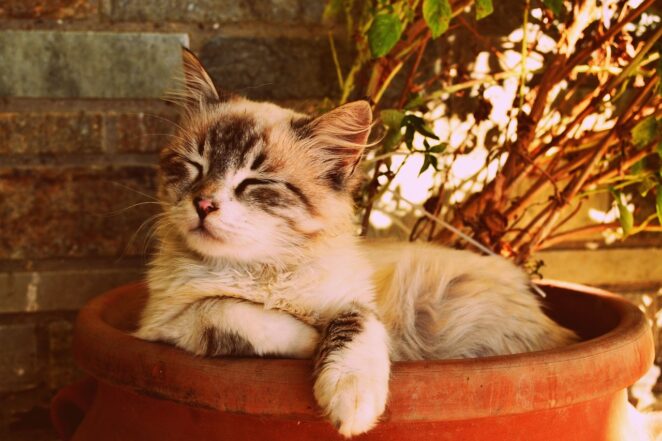 I searched for it and found it. It is about a stray cat that always approached a local restaurant. It would be given meat but wouldn’t eat at that spot or nearby. Instead, it went to a small hill at the back of the restaurant.

There, on that hill were her three kittens. She would take a piece of meat she was given at the restaurant to her kittens. Whenever she was given non-meat food, she’d refuse.

A search was made to find out where she took the meat, and her location was disclosed. She had some kittens but they died on the road. Had four kittens but one died.

The shelter rescue team came and took them to the vet clinic. One of the kittens had a virus disease (I have just forgotten the virus) while the others were at the latent stage. The mother was safe.

Another heartwarming story of a mother cat.