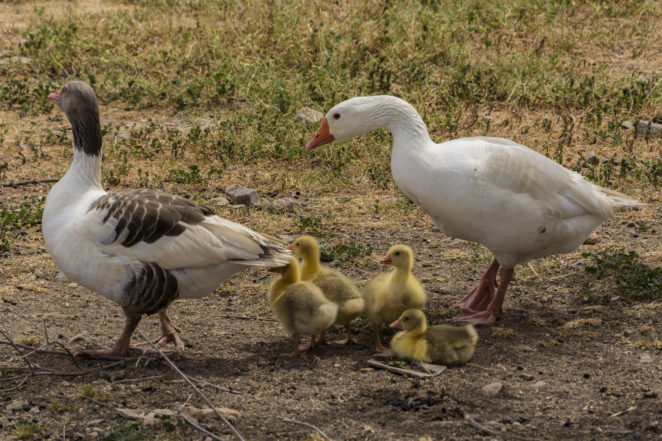 Characteristic of their migration is the V formation, which reduces air resistance, in which individuals take turns in the head position which is where it is most difficult to advance. Their migratory routes are not genetically marked but the individuals of each population have to learn them by following the veterans. Outside the breeding season the geese form large flocks that remain together in the wetlands and feeding grounds.