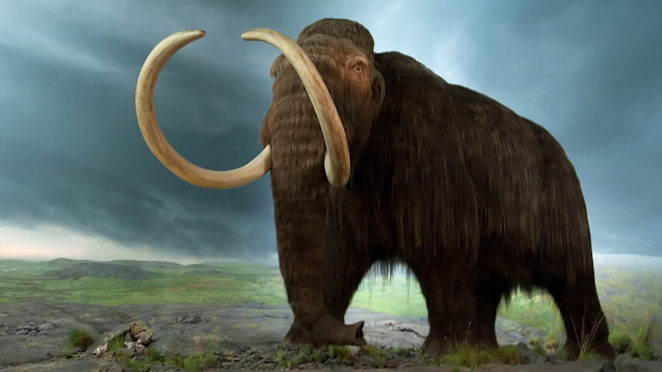 Do woolly mammoths still wander the Siberian forests? The last examples of this species are generally thought to have died out over 10 000 years ago. Their frozen bodies are discovered from time to time, sometimes in almost perfect condition, locked in ice. More often their tusks are uncovered and sold by the Yakuts and other tribes of the north. It has been estimated that up to 100 000 mammoth tusks have been disinterred in the last 300 years. There is no doubt that the mammoths recovered this way died in antiquity. However modern eyewitness accounts of live mammoths continue to surface.One of the most famous “sightings” was in 1918, when an elderly huntsman told the French consul of Vladivostok of the “chestnut-colored elephants” that he had once tracked. He had come across a huge trampled path running across the forest, and had decided to follow it. After several days he caught sight of one of the animals responsible. His description exactly matched that of a mammoth – larger than a modern elephant (an animal that the huntsman had never seen) and covered in shaggy chestnut hair.

The Soviet Academy of Science treats the sightings of mammoths as genuine evidence, assigning research staff to investigate them. The argument that such beasts could not remain hidden from modern humans does not take into account the vast and relatively unexplored areas of Siberia. There are also the many instances of supposedly extinct creatures being found to still exist, merely shying away from Man’s presence in their territories. Some examples of these are the coelocanth, the okapi, and the Chacoan peccary (a type of warthog).There may yet be many creatures living which so far we have only succeeded in capturing in their fossilized forms.