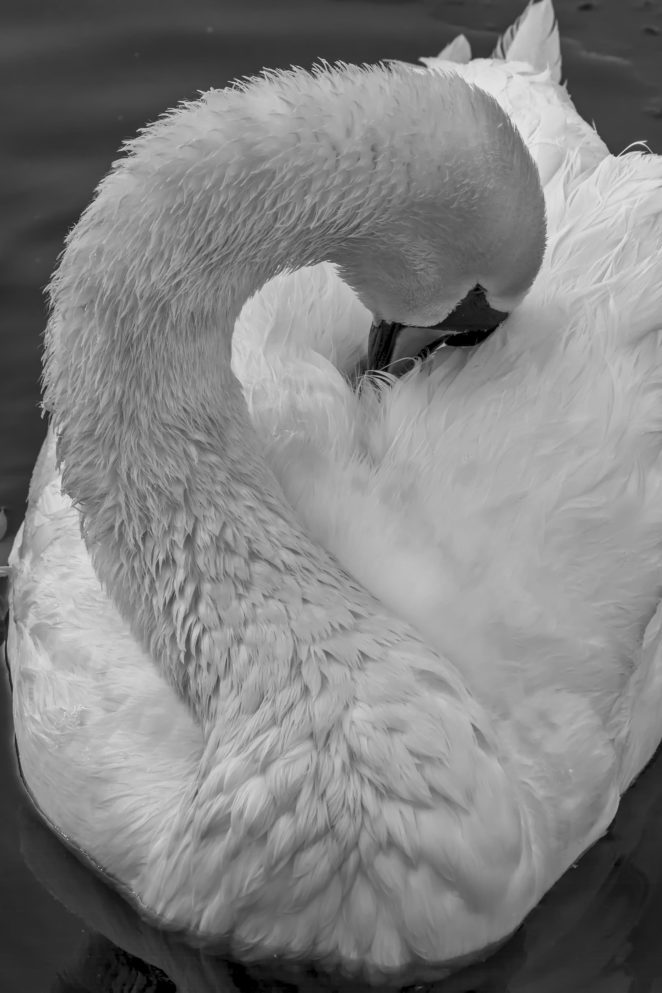 The swan was a bird consecrated to Apollo, as god of music, because it was believed that the swan shortly before dying, sang melodiously. This is why Pythagoras said that this bird resembled a soul that never dies and that its song before dying comes from the joy that it experiences because it will be freed from its mortal body. Plato seems to be of the same opinion and some others say that he is consecrated to Apollo, because he enjoys the gift of foreseeing the goods of the other life which he hopes to enjoy after his death.

Ovid places the swans on the Champs Elysees. They were also consecrated to Venus, either because of their marvelous whiteness, or because of their temperament quite similar to that of the goddess of delight. The chariot of Venus is sometimes thrown by swans. Zeus became this bird to deceive Leda.