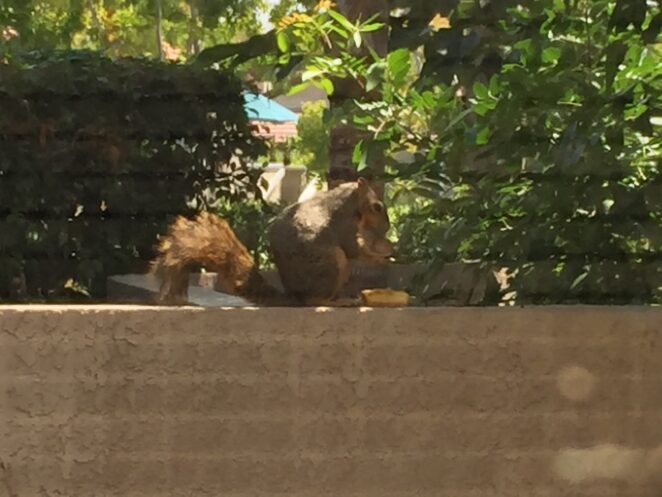 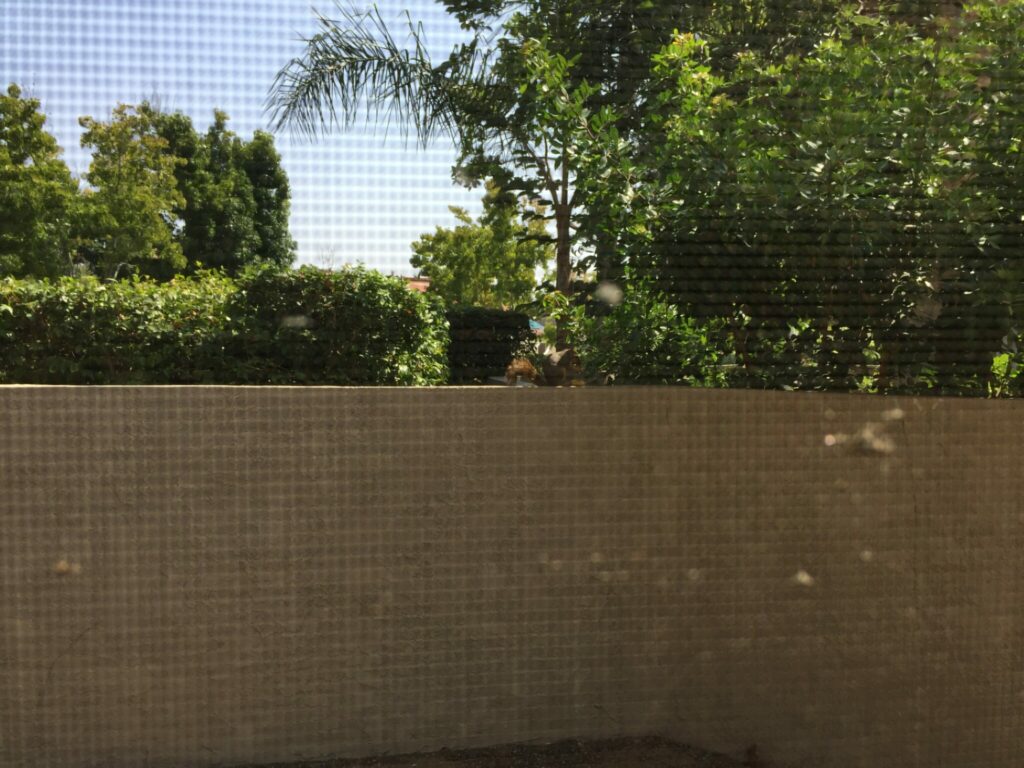 This morning, as I walked by the slide door, I noticed a squirrel running on the ledge, and I remembered I have one avocado pit and apple core for it. So, I took them out quickly before he goes away. I realized that some wildlife aren’t scared of people, probably because many people are feeding them. Here is a snapshot of the squirrel stopping by the scraps and it is nibbling on the avocado pit between his clawed hands. Cute. The apple core is still there. I think it likes the avocado pit better. It soon left with the avocado pit, but it forgot the apple core. I later checked to see the apple core gone as well. I don’t know if the squirrel took it or another wildlife took it, maybe a rat or mouse. I don’t see rabbits on the ledge fence, although I wish the rabbits would come by for some snacks, too. 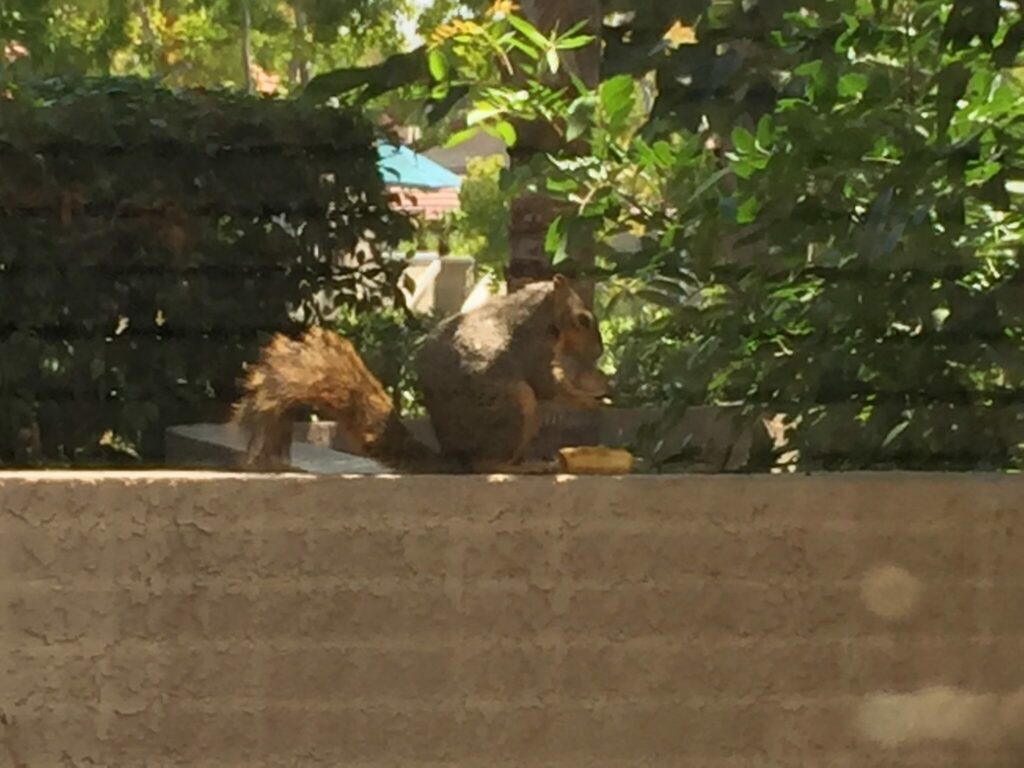