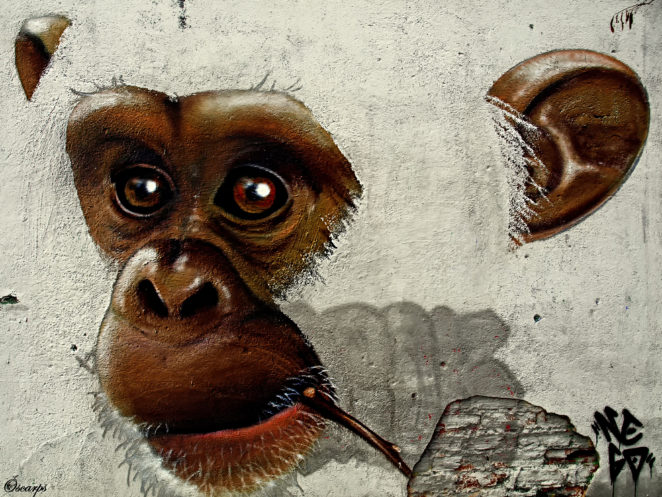 By genetic and immunological studies, it has been possible to date the divergence between its evolutionary line and that of Gorilla 7-8 million years ago and that of Homo about six million years ago. The two current species separated from a common ancestor about two million years ago, after being isolated from each other by the Congo River. Humans share 96% of the genome with the chimpanzee.

One of the most important discoveries was in October 1960 when Jane Goodall observed the use of tools among chimpanzees. Recent research indicates that the chimpanzee would have used stone tools for at least 4300 years. Long sticks have also been reported for digging in termites and small sticks that modify at one end to be able to remove and capture termites. Recently, the use of advanced tools such as spears that sharpen with the teeth and use them to thread Senegal gálagos in the hollows of the trees has been registered.18 Before the discovery of the use of tools by the chimpanzees was believed That human beings were the only ones who used them; Today it is known that several species also use them.