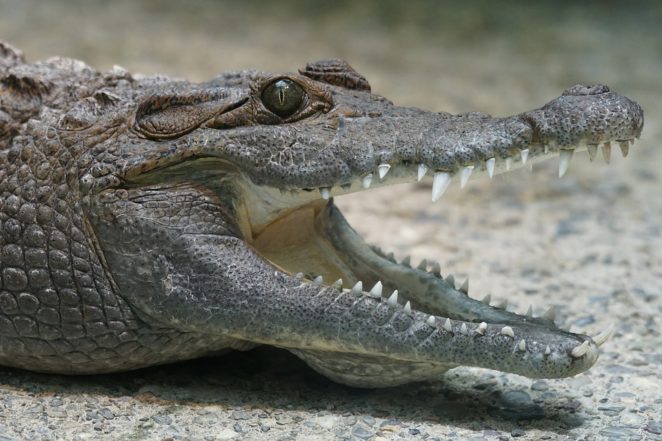 A dog bite is unpleasant enough – I should know, as I bear the scars from the attentions of a German shepherd dog a few years ago! – but a dog can only snap its jaws shut with a force of 100 pounds per square inch.This is enough to cause a nasty injury to the top of one’s finger, but a croc could easily remove the whole hand, given that its jaw can exert a force of 3,000 pounds per square inch.

Any small creature that is unfortunate enough to be snapped up by a crocodile is highly unlikely to see daylight again, its bones being crushed to pulp in no time at all. 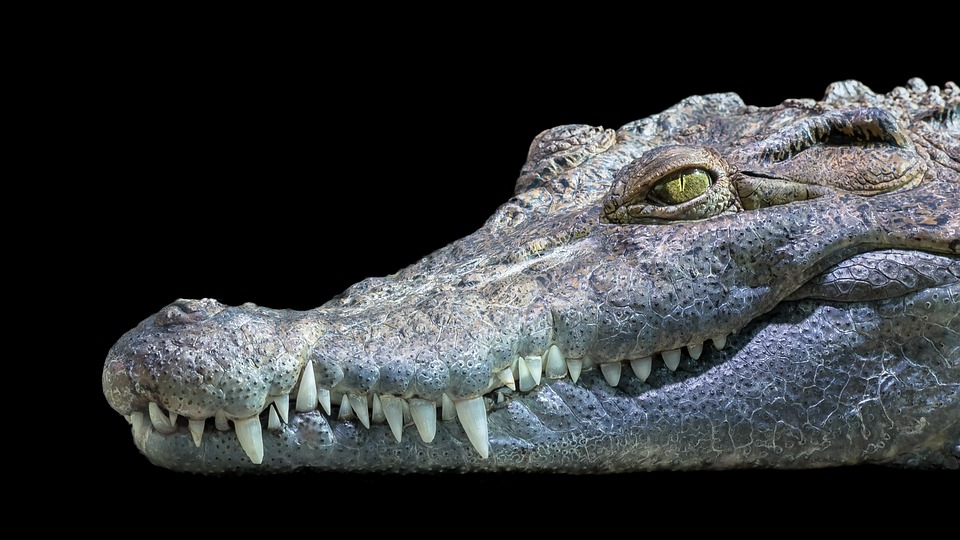 However, despite the immense strength of the muscles that close a crocodile’s jaw (the same applies to alligators and caymans), those that open the jaw are considerably weaker. This means that it is possible to escape being eaten as long as one can prevent the jaws from opening in the first place, and this can indeed be done. It has been suggested that some people would be able to hold a croc’s jaws shut with just one hand – presumably quite a large one!

The so-called sport of alligator wrestling has taken advantage of this fact, although wrestlers have also to beware of the gator’s practice of spinning round at speed to rip pieces off its larger prey when it has managed to grab hold of a leg, for example.

Wrestlers will hold the alligator’s jaw shut and then turn it on its back to stroke its underside, which will send it to sleep. There is then a bit of trickery to pretend that the beast is fighting back, purely for the sake of making the wrestler look even stronger and braver than he really is!

(Photos released by Creative Commons for general use)