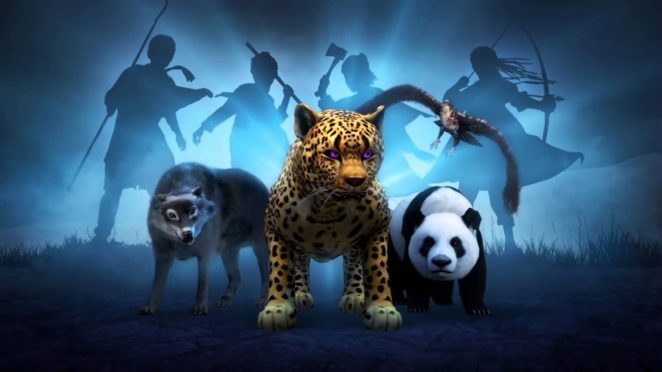 When we talk about spirit animals, we tend to refer to creatures that actually exist. That’s a given, of course. After all, we can’t reference something that doesn’t exist.

However, there are several cultures and traditions that have a strong belief in the mythical. For instance, Egyptians have their sphinx while the Greeks have their centaurs and griffins.

In Asian mythology, one of the most prominent creatures is the dragon. They are legendary beings that possess imposing and powerful stature. Whether the ancient ones see them as real or not, there’s no denying that these dragons have induced their influence in various eastern cultures throughout the millennia. Therefore, it is not surprising anymore if a lot of us still these dragons as their spirit animal.

But what does the dragon symbolize? What are the significant implications in our life? Read on to find out.

As far as I am concerned, there’s no ancient creature of lore that is as fierce and dominant as a dragon. There’s nothing that can overpower it as many believe that this creature came from the dominion of gods. In fact, a dragon is not just a creature for some; a lot worship it. It is a symbol of godhood and everything that is related to the divine.

It is not a surprise if the dragon symbolism is related to power and authority. Those individuals that possess this creature are known to have excellent leadership skills. They are the ones that are capable of influencing people. They can manage and control a crowd without difficulty. You can say that they are born to draw people to them.

Owning a dragon totem or a dragon tattoo could also embed such powers to you. This is especially true when you have faith that you have a special connection to this creature. If you can manifest these blessings given by the dragon, make sure that you can use it wisely. Utilize the authority that you acquire to help people and govern those around you for the better. Never be abusive. Your influence should not be used for the bad. Take advantage of it so that you can help other people grow as well.

Another concept that is highly related to dragons is a fortune. Throughout the history of Chinese, the dragon is considered as a bringer of fortunes and riches. In fact, myriads of dynasties offer sacrifices to these dragons to please them.

Fortune is quite a common theme here already. If you feel that you have a special connection to this legendary beast, then there’s a good chance that your life will experience periods of auspiciousness in luck.

The first thing that you might encounter is material abundance. With the dragon’s guidance, your financial life will not be withered. Your resources will overflow, and good things will come to your doors incessantly. Of course, this predicament is not a result of your luck, but rather, by your deeds and actions.

For instance, if you have used your authority or influence to help a person, the latter will do its best to return the favor to you. Who knows? The people that you have extended your hands might be the ones that can help you reach your dreams. The dragon is a creature with expansive length, so the amount of fortune that it can give to you can be unlimited as well!

One of the most interesting aspects of dragons is that it represents the longevity of life. Like what I have mentioned, dragons are expensive. They are creatures that can extend for miles long. In fact, some believe that the elder dragons have body length that cannot be measured at all.

This particular characteristic of dragons makes them a known symbol of vitality and longevity. People who have acquired dragon totem are often believed to live longer than those who are not. They are not susceptible to sickness, as well. They are energetic and can endure long hours of work without suffering from exhaustion.

Intrinsically, the longevity of a dragon can also relate to the concept of resilience. There are some individuals out there who just don’t give up no matter how difficult the obstacles they face. They don’t yield and give up to circumstances. They don’t submit their plight to fate and instead, fight its flow. It is a good trait to emulate since it exemplifies the virtue of perseverance as your key to success.

People who have the dragon as their spirit animal are known, conquerors. They are not afraid to face challenges. They don’t fear defeat because that’s out of their vocabulary. Even without the riches, this particular blessing alone is more than enough for a person to see the dragon as a beneficial spiritual creature.

Dragons are not only strong and fierce. They are also creatures that are known for their profound wisdom and intellect.

There is no literature that suggests that dragons are beings that you can fool. They are godlike beings, after all. Therefore, you can always expect that they have wisdom that is beyond measure.

If you have the dragon spirit animal, your mental fortitude will be strengthened. You will encounter circumstances that will teach you lessons that can amplify your knowledge and wisdom. You will become more open-minded. And believe it or not, the spirit animal might even give you heightened levels of intuition and clairvoyance.

Of course, not all given the opportunity to be laden with such gifts. But if you feel that your senses have been sensitive and keen as of late, then there’s a good chance that the dragon is already manifesting in your life! That’s pretty exhilarating as you have the opportunity to sharpen these skills even further.

These are the things that the dragons symbolize. It would be great if you learn to trust the blessings given by this creature. One way or another, they are useful in reaching your dreams and aspirations. It can help you realize your life purpose, which is something that all of us should achieve.

That’s it for now. If you have questions about spirit animals and their symbolism, feel free to drop them in the comment section below.