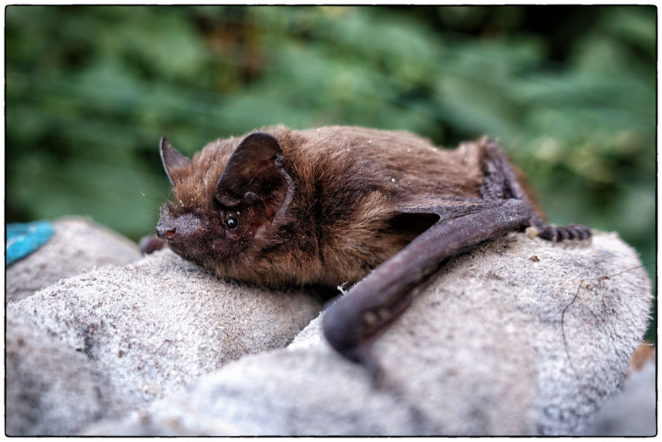 The common pipistrelle (Pipistrellus pipstrellus) is the smallest and commonest bat found in the United Kingdom.

The pipstrelle weighs between 3 and 10 grams and has a wingspan of 15-25 cms.

The body is covered in brown fur. They have large black ears and narrow wings that are actually membranes stretched between elongated fingers. Strong claws on the feet enable them to hang upside down when roosting.

During summer months, pipistrelles can often be seen swooping and diving in a characteristically jerky flight during the late evening over gardens as they feed on flying insects such as moths. A single bat can eat as many as 3,000 insects in one night.

Pipistrelles roost in buildings, being able to squeeze through narrow gaps to find dry and sheltered spots.

Female pipistrelles give birth in Autumn. In the UK it is usual for them to raise only one young, but twin births are more common in continental Europe.