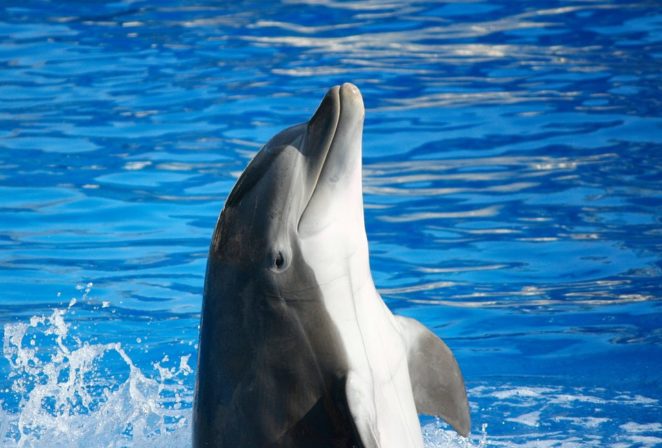 Dolphins that are kept at marine life centres and entertain the public are almost always bottlenose dolphins. There are two species –Tursiops truncates, which is found in oceans across the world, and Tursiops aduncus, which is smaller and is found off the coast of India and in the western Pacific. It is possible that more species may be defined in future, given the variations in size and appearance that can be seen in different regions.

Lengths of fully-grown adults vary from 1.9 to four metres (6.25 to 13 feet). The shorter specimens, found around tropical coasts, have relatively large pointed flippers, tail flukes and sickle-shaped dorsal fin, whereas the much larger dolphins found in open oceans have proportionately smaller extremities. 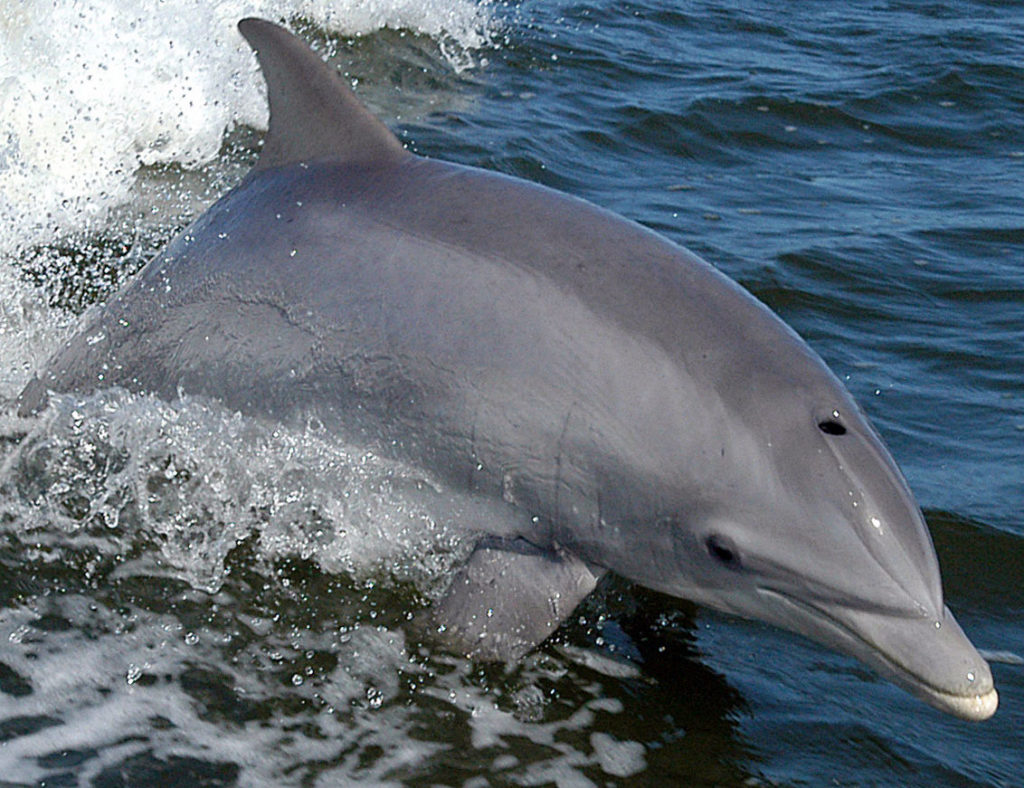 The basic coloration of the bottlenose dolphin is a dark grey or black back, fading to cream on the underside. However, there are many variations in actual colouring and markings between individual animals.

There are also many variations in social groupings, as between small and large groups and in feeding methods, given that some groups appear to hunt in packs by herding and trapping their prey. The calls and sounds emitted by bottlenose dolphins are also varied across the geographical range as are the water-slaps and leaps that they display.

The chief defining feature of the bottlenose dolphin is its short and robust beak, its “bottle nose”, that contains up to 27 pairs of small, conical teeth. These are used to take many kinds of fish, molluscs and crustaceans.

The shape of the bottlenose dolphin’s mouth and beak give the impression that it is always smiling, but it is important not to be too anthropomorphic about this – one should always beware of ascribing human emotions to wild animals. It is this mistake that has probably led to so many bottlenose dolphins being enslaved to entertain gawping tourists.