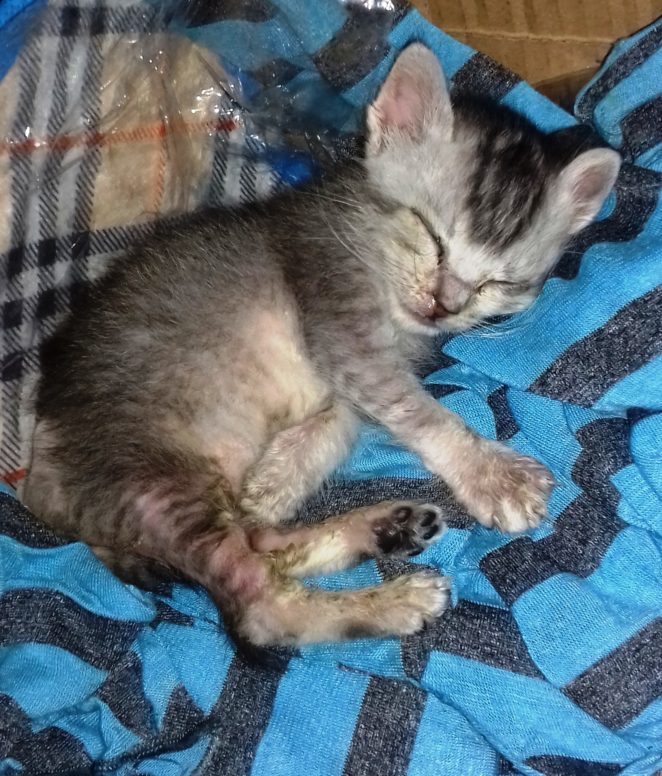 Some people asked about Susie and The Boy who were recently always called Blue. Blue, that’s how my youngest daughter called him because when both times were taken to the vet, his fur around the hip and bum was shaved and then smeared with blue antibiotic medicine. Besides that, his eyes are also blue.

So, Blue is his name now. If I ever have asked you all for his name, and you have given all the beautiful names for him and his late sister, I thank you once again and ask for an apology if the name you suggest is not used.

Susie is very healthy and kind but quite overprotective. Blue often has skin infections because of his low immune system because he does not get milk from his biological mother. But the rest, he is healthy and active. Thank you again for your support.

He slept on an electric warmer which we added with plastic and cloth. 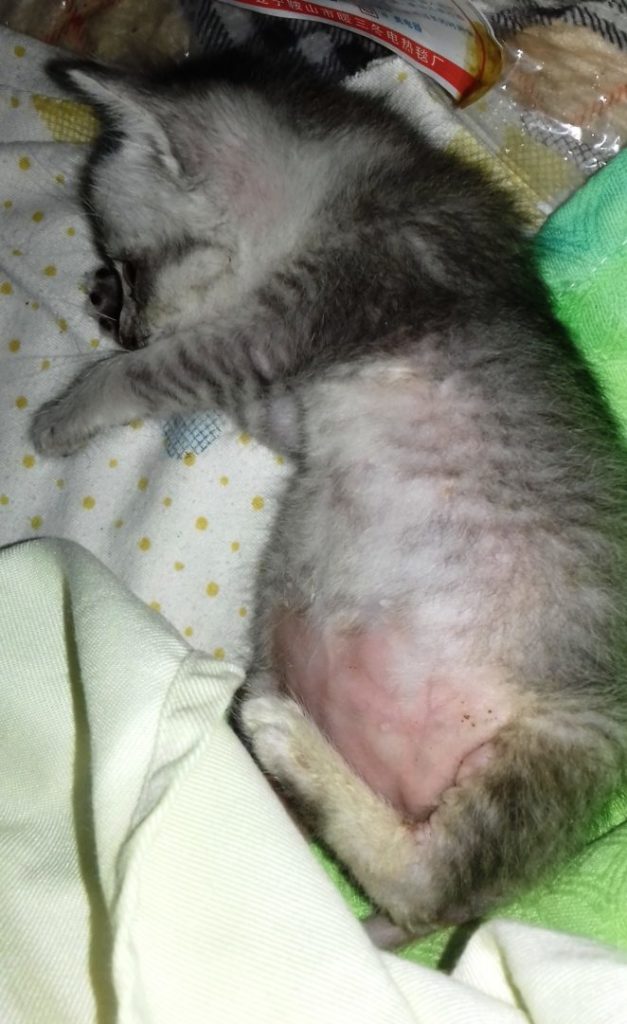 We often have to separate Susie from him so that Blue can sleep calmly and soundly because during her time with Susie, he always lacks sleep because Susie always bathed him with her tongue. 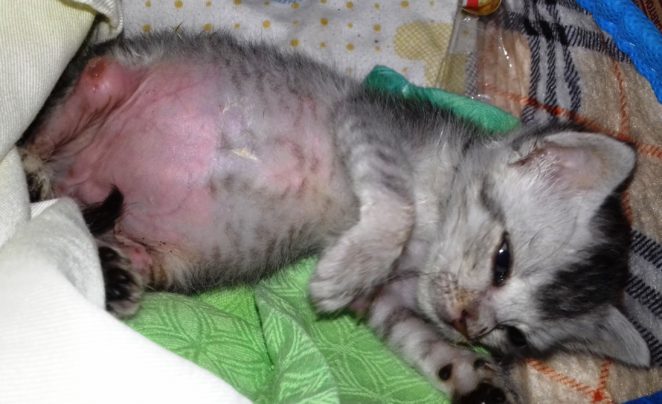 His belly skin reddened after being cleaned by the vet. Pay attention to the right knee and his right index finger. Both parts were having an infection, but he had never been fussy because of the infection. We learn from him. 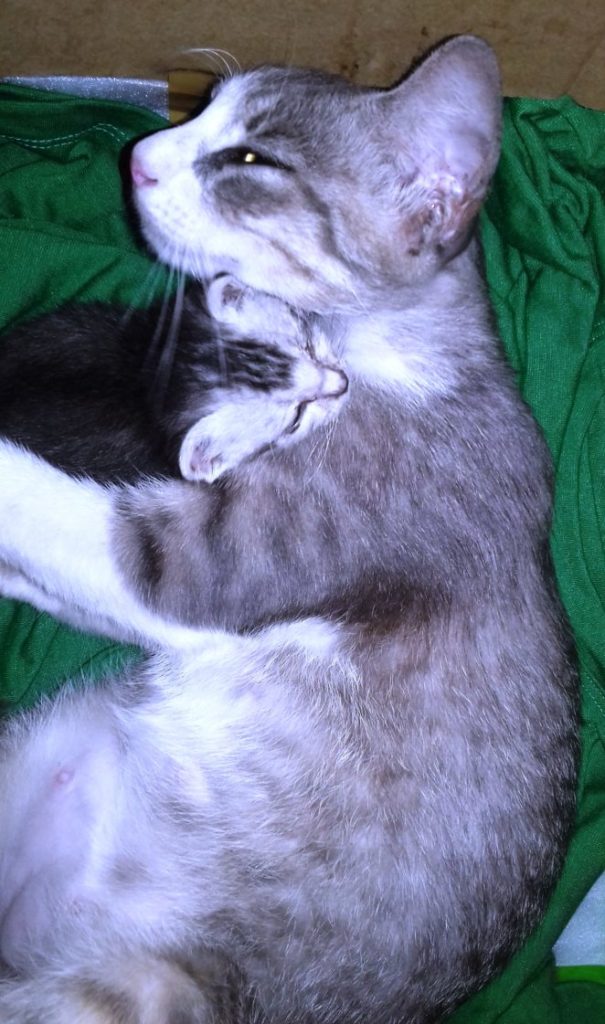 Only after Susie is tired, she lets Blue sleep quietly for a while, then usually she comes out of the box to release her fatigue.