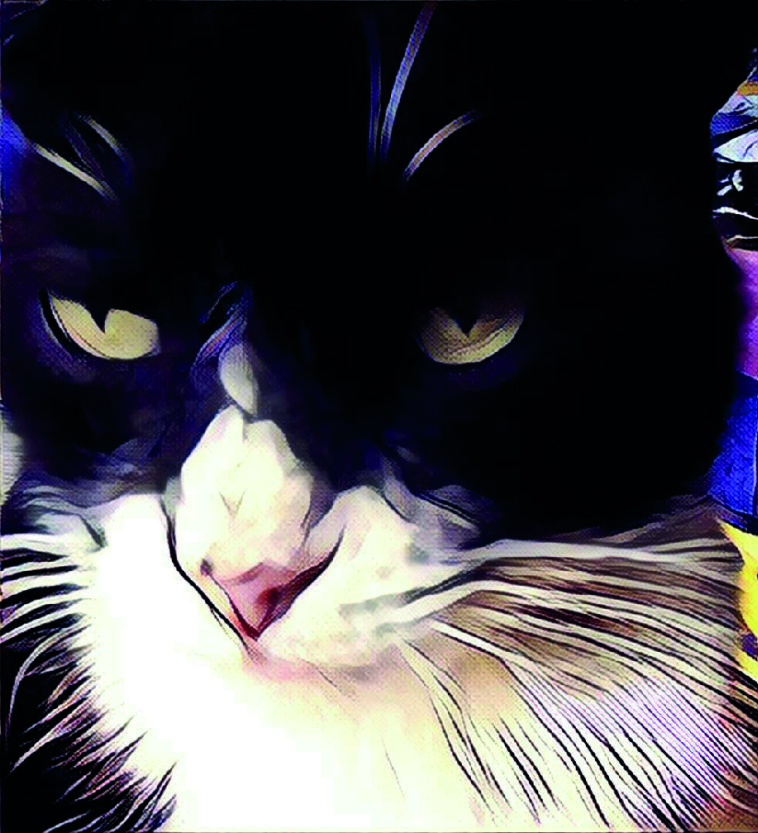 My lovely husband has vamoosed off to Russia this week for work.

About the only thing that I was looking forward to during the week was the fact that I would not be sandwiched in between Ralph (the cat) and my man at night.

Oh, and let’s not forget that I also get out of making sandwiches too. That’s a big bonus. Must have been very wicked in my previous life to still be making sarnies at my age.

Was greatly looking forward to lying in the middle of the bed – with the cat on one side of me and nothingness on the other – so I could move and wiggle and not feel like a sardine for a change.

We both fell asleep quite happily in the position that I imagined. But it’s winter and that friggin’ cat decides he’s a tad chilly having only one body to snuggle with, wakes up and drapes himself over my chest, peering at me.

He’s managed to pin my arms so I can’t easily move. He weighs 7kgs.

This obviously sort of wakes me up… clearly not enough because he then SNEEZES on me.

Open both eyes and glare at him. I swear he does this on purpose. It’s dark but I know he’s smirking. He likes messing with my head.

After much effort I manage to roll over and deposit him onto one side. He makes ick ick disapproving snuffling noises and hoists himself back onto my bod. I yank him off and stuff him under the duvet. He scuffles a bit more and sticks his head out. I can sense that he’s wondering how far the droplets will reach if he sneezes again.

Ralphie! Don’t you dare? I growl at him.

He smirks some more and weasels himself out of the nice warm cosy bed that I’ve just stuffed him into. Stands up and although my eyes are closed I can feel he’s glowering at me.

I reach out and snag him under my arm. Scratch his favourite bit of bod and he settles down. He purrs a bit and then goes back to sleep.

I lie awake for ages – like I normally do in the middle of the night, but a whole hour earlier than usual. He waits until I finally fall asleep and then does the whole shebang all over again.

Somebody remind me again why we love our cats?