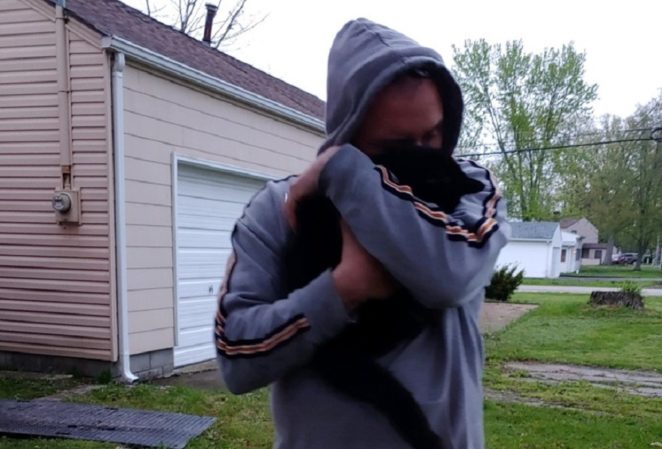 Not to second guess the owner of a male cat who is suffering from a mental illness since he was a kitten since the cat is his to name him what he pleases to name his pet.

The owner of the cat who goes by the moniker “Chicken” had the misfortune of having his pet cat climb up a tall tree and stay up there for a period of one week.

I do not know much about what was running through the mind of the owner of the cat named “Chicken” of his anxiety level since he most likely missed the company o his beloved cat since cats are very friendly to people they admire.

A concerned neighbor contacted the Logan County Sheriff’s Office in Oklahoma to see if they could get Chicken down from the tall tree.

The deputies did their best to rescue Chicken from his compromising position of not being able to come down from the tree since the impact from the height of the tall tree to the ground floor would have either a serious injury or even death.

Since the deputies were not able to rescue Chicken, they contacted a local tree service contractor to see if they could rescue Chicken.

Thanks to the tree service employee who used a bucket truck to rescue Chicken from the tall tree so he could reunite with his owner after a seven day separation.

I just amazed that Chicken was able to survive seven days while he was stuck in a tall tree without food or water.

What makes this story great is that thanks to the efforts of the tree service employee who used a bucket truck to rescue Chicken, the owner of the cat whose name was not given was able to reunite wih his pet cat once again.