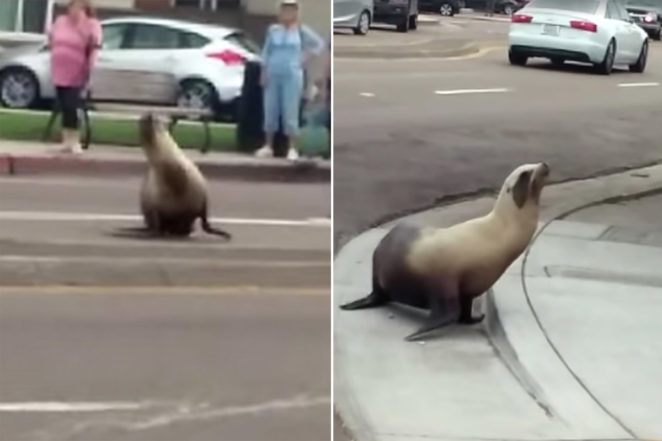 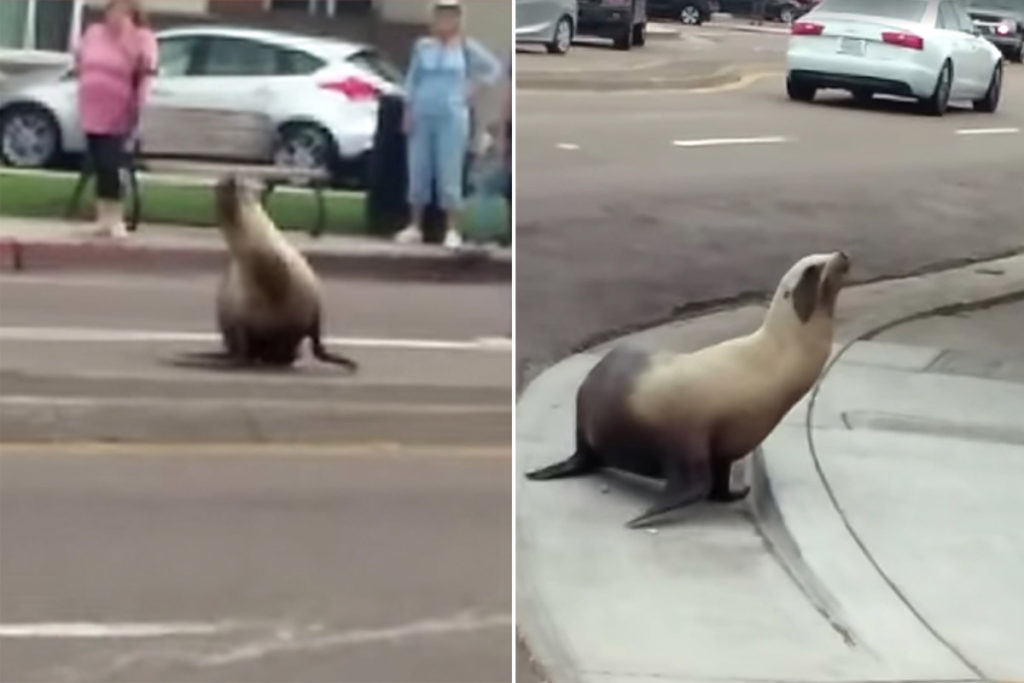 In a bizarre story that comes from San Diego California, a sea lion decided to block traffic in the streets of San Diego on Tuesday made waves in the city after the sea lion either got away from SeaWorld or managed to leave a close body of water nearby.

Since the onlookers nearby who driving their autos on the intersection of Garrison Street and Rosecran Streets did not want to harm the sea lion, someone called 911 to inform them of a sea lion blocking the streets.

When the San Diego Police Department arrived on the scene, it was to keep the autos from doing any harm to the seal.

It is possible that either a police officer or a concerned citizen called SeaWorld officials to inform them the news of a sea lion staying in the middle of the streets mentioned lying on its back but moving slower than a snail.

Since SeaWorld is located near the place of the incident, it took them a few minutes to use a net to capture the seal and take the creature to the local SeaWorld veterinarian to be given fluids and water since the concern was that the sealion was suffering from dehydration.

Heather Armentrout who is the Senior Animal Care Specialist mentioned that as soon as the female sea lion would recover from her journey outside of the water, she would be returned to the ocean where she came from even though how the sea lion it has not been beyond reasonable doubt did come out of the Pacific Ocean to take a view of the city of San Diego for a stroll so to speak.

This story could land on “Ripley’s Believe It Or Not.” in a magazine.