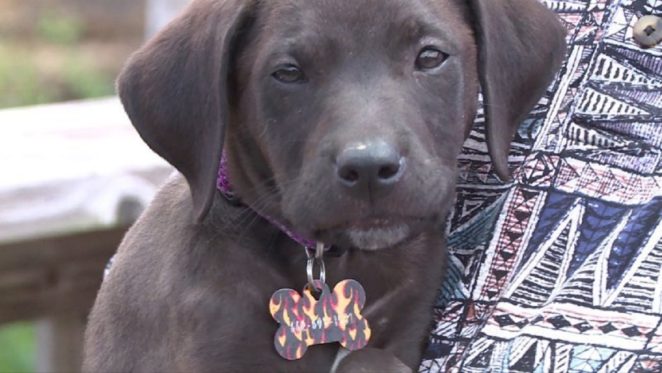 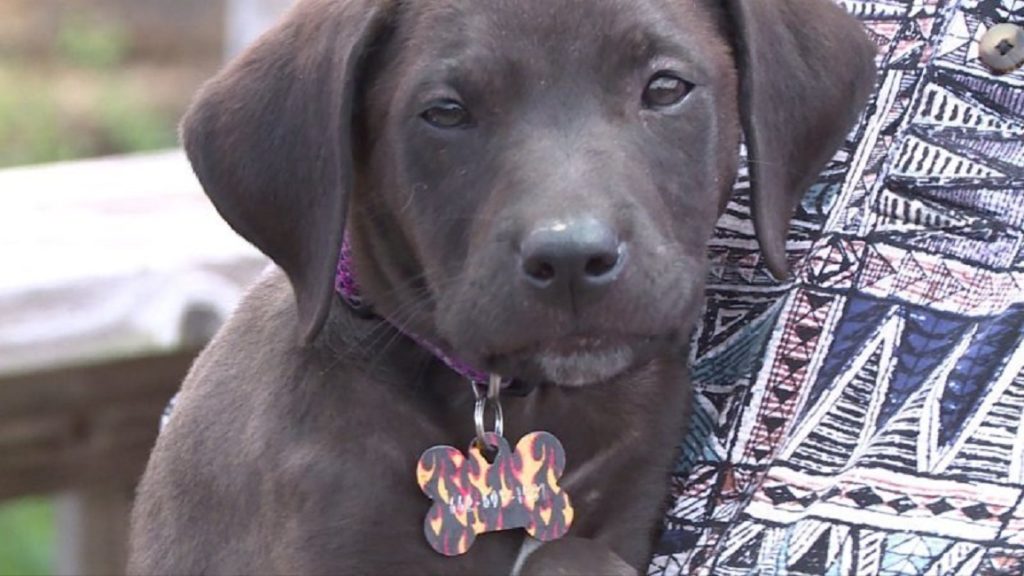 If there is one great quality of dogs whether they are pure breed or a mixed breed, they are very loyal to their owners when they are need of a hand when danger is around the corner.

A puppy who is a mixed breed male Black Labrador Retriever was adopted by Cameron McKee in April 2018 on Sunday earned the name of a hero dog when Cameron was in his bedroom with two other dogs and his girlfriend upstairs.

The puppy who was given the name “Monster” alerted Cameron, his girlfriend and the other dogs when Monster saw a fire in the front lawn of Cameron’s home.

Monster went upstairs to alert Cameron by barking in an excessive manner that a fire was near his home. Cameron acted on the knowledge that his dog was trying to tell him something just does not add up because he kept barking.

When Cameron and his girlfriend went downstairs, they saw a fire on their front lawn that was ready to consume his home.

Cameron and his girlfriend managed to put out the majority of the fire by using a hose to put down the flames in their front yard.

It is evident that either Cameron or his girlfriend contacted the Athens Fire And Rescue to report the fire, the firefighters went to the home where Cameron lives to put out the rest of the fire quickly.

Cameron is thankful that his dog alerted him and his girlfriend that a fire was in their front lawn since if they had ignored the excessive barking of Monster, they would have been on the obituaries of their local newspaper.

I would not blame Cameron if he did rename his dog “Hero” from now on. Monster is indeed a hero in Cameron’s book.