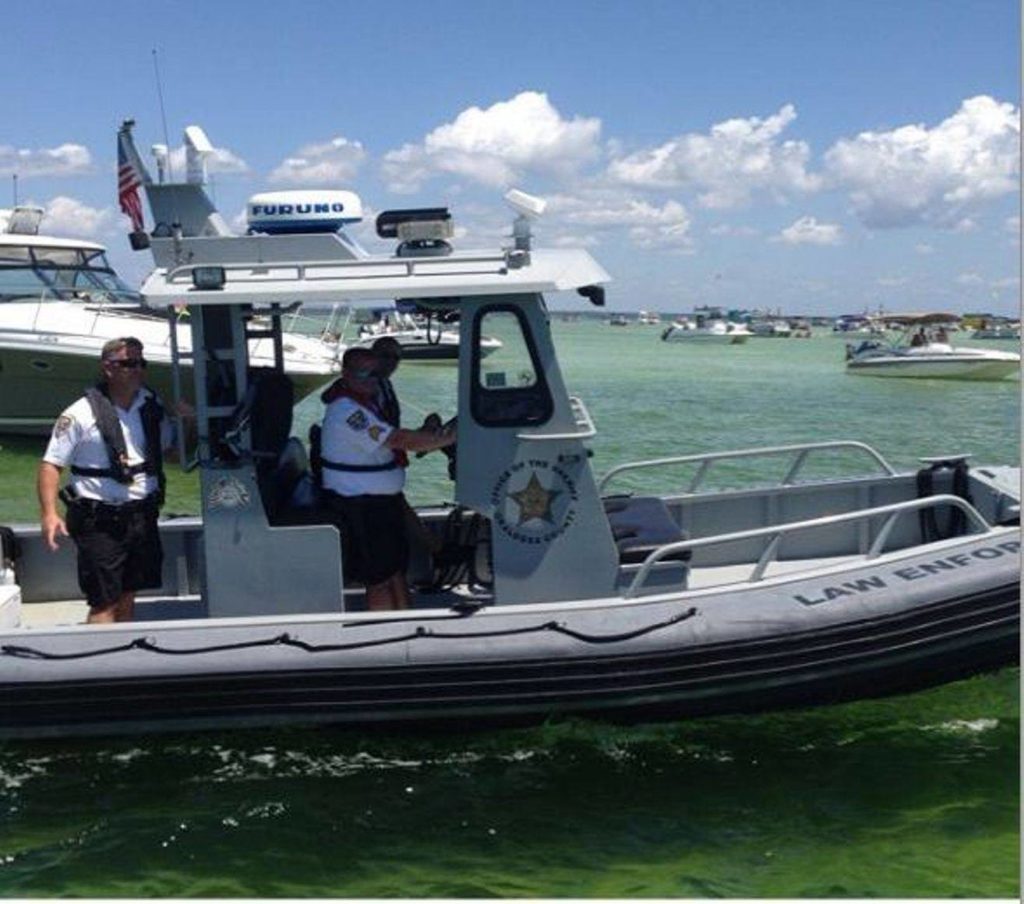 The life of working with the Okaloosa County Sheriff’s Office is an adventure to put it mildly. On Friday a small white dog fell off of a pontoon boat near the Destin Marier Bridge in the Destin East Pass section of the beach.

The family of the small dog thought that their small dog was going to drown in the water after he fell down from the pontoon boat.

Sergeant Brian Parkton along with members of the Okaloosa County Marine Unit saw the dog trying to swim where his owners were located.

Then the Marine Unit of the Okaloosa Sheriff’s Office used their boat to rescue the small dog. Then Sergeant Parkston was able to get the small white dog inside his boat.

The owners of the small white dog were able to meet with Sergeant Parkton and his crew when the Marine Unit were able to reunite with their small dog thanks to the efforts of the Okaloosa Marine Unit doing their duty to rescue lost pets and humans in their patrol area.

The social media site Facebook had this story on their site thanks to a video that the Okaloosa Marine Unit filmed to show the people that they care for the rescue of animals and humans in need who are in their area of patrol.