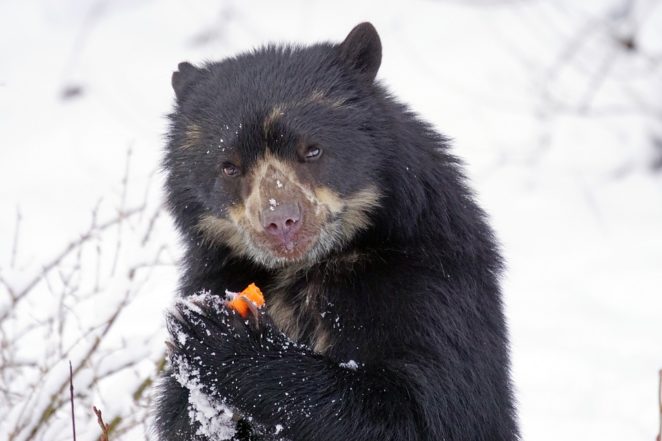 I really do like bears. I don’t fear them. I have a healthy respect for them and know if I am not on track,and I am their habitat, I may suffer the consequences. That has not stopped me from being an avid fan.

Recently my grandson was telling me about a different kind of bear. He said the name kind of reminded him of glasses. After much searching we found it. The most common name that people call it is the Spectacled Bear or the Andean Bear. They live in South America. There is not a lot of research done on this species. Apparently they tend to shy away from people and the jungles have many places to hide.

Has anyone here seen such a bear? I think there may be one in the San Diego Zoo.